Alice Rivlin, senior fellow at The Brookings Institution, said tackling the nation’s deteriorating infrastructure could be an economic unifier for the nation, and some changes in tax policy could help the nation’s overall economic picture.

One of the major policy elements, according to Rivlin, a former Federal Reserve Board vice chairman and former director of the White House Office of Management and Budget, would be a large-scale investment in national infrastructure, which Democrats Hillary Clinton and Bernie Sanders, whose supporters are still wary of a Clinton candidacy, both included in their economic platforms. GOP nominee Donald Trump, too, considers infrastructure investment a priority.

“I think there’s a pretty wide agreement that our infrastructure, especially roads, bridges and water systems, for example, are deteriorating. There’s a lot of evidence of that. There’s also evidence that modernizing infrastructure would help the economy grow faster. In the long run, it improves the productivity of the workforce. In the short run, it creates jobs,” Rivlin said.

Infrastructure development and improvement have historically been a bipartisan effort, agreed upon by both liberals and conservatives, she said.

“It was a good thing to be seen as in favor of improving the roads whether you were a Republican or a Democrat … In recent times though, the parties have been so deadlocked that they haven’t been able to pass a substantial infrastructure bill, or even solve the problem of the Highway Trust Fund,” Rivlin said.

The Highway Trust Fund is funded by the federal gas tax of 18.4 cents per gallon, which has not been increased in more than two decades. The fund pays for road and other mass transportation projects.

The fund has been running on a deficit, with financial issues beginning in 2014. There have been several short-term legislative solutions to patch the problem, but it’s predicted to run out of money this summer.

Clinton, Trump and Sanders have all included large-scale infrastructure investment in their economic reform platforms. According to Sanders’ website, he would invest $1 trillion over a five-year period to create roughly 13 million jobs. Clinton also discusses her plan for infrastructure on her website, though without the hard details in Sanders’ plan.

Trump addressed infrastructure as a job creation platform during his acceptance speech.

“We will build the roads, highways, bridges, tunnels, airports, and the railways of tomorrow. This, in turn, will create millions more jobs,” Trump said.

While he hasn’t listed specifics about the projects, Trump told New York Magazine in an interview of a “trillion dollar plan” that would generate 13 million jobs, much like Sanders’ plan.

This coming week at the Democratic National Convention, Clinton will likely expand on her infrastructure investment plan, which is less extensive than either Trump or Sanders’ plan.

Clinton’s website describes a $275 billion investment, less than a third of the trillion-dollar plan Trump and Sanders tout. She may also provide specifics on the number of jobs her plan would create.

Rivlin connected infrastructure development and another hot-topic this election season — immigration — though in a different manner than Trump, who has vowed to sharply curb the flow of foreigners into the U.S.

“Infrastructure is clearly pro-growth and does create jobs,” she said. “There’s great controversy about immigration. I think that immigration is also pro-growth and adds to the labor force. And one of our problems is that we have an aging labor force and immigrants tend to be young … and hard working and quite productive. So I disagree with Trump on limiting immigration.”

Voters, however, are concerned about immigration and the economy and want some clarity on national policy.

Barbara Ogden, 46, is a Baltimore resident who supports Sanders for not only political, but humanitarian reasons.

“I’ve felt like there’s this socioeconomic tension that’s just been building … And here luckily someone’s come in to stand up for the little guy before it gets so bad that people take matters into their own hands,” she said.

She sees Sanders as a politician who is aware of the issues voters face, and constructed a platform around that.

“The way he presents his information, it’s almost like he’s acknowledging what’s wrong,” Ogden said. Hillary Clinton, in contrast, she said, is “just giving the same lip service that I’m accustomed to people like that giving. It was nice to hear somebody acknowledge that there are … problems. There’s a lot of really disenfranchised people.”

Frank Waxman, 71, a retired banker from Woodstock, Maryland, originally a Kasich supporter who is now backing Trump, disagrees with large-scale federal spending using tax dollars. But he is in favor of the infrastructure plan.

“At least I’m getting something for it,” as it will provide not only jobs, but roads and bridges, he said.

One of the things that appeals to Waxman about Trump is that he is looking to reform taxes and shift power away from Washington.

“Anything that reduces Washington, D.C., government makes me very pleased,” he said.

Tax reform also has appeal in rectifying some of the nation’s economic issues, Rivlin said. In an April 14 speech, she suggested that lower tax rates are possible without losing revenue, if “we were willing to cut back on the special provisions … that mainly benefit higher income people.”

“Trump is in favor of reducing tax revenues. So the government takes in less money. I’m not,” Rivlin said.

Trump’s method of reducing tax revenues is through tax reform that would include a simplified tax system, and tax reductions for the middle class. It’s one of the centerpieces of his platform, as he described in his nomination acceptance speech Thursday.

“While Hillary Clinton plans a massive tax increase, I have proposed the largest tax reduction of any candidate who has run for president this year, Democrat or Republican,” Trump told his party faithful. “Middle-income Americans and businesses will experience profound relief, and taxes will be greatly simplified for everyone.”

Clinton plans a tax break for working families and small businesses, and when the Democratic National Convention opens on Monday the public may learn more details.

Waxman favors the Trump style tax reform, but is skeptical it will happen.

“We’ve been hearing about tax reform for years, it won’t happen,” he said.

Rivlin said one of the major issues facing voters, whether Democratic or Republican, is not only determining which candidate will be effective, but who means what they say.

“They have to sort out the rhetoric from the proposals and vote for candidates that they think have solid proposals to make things better.” 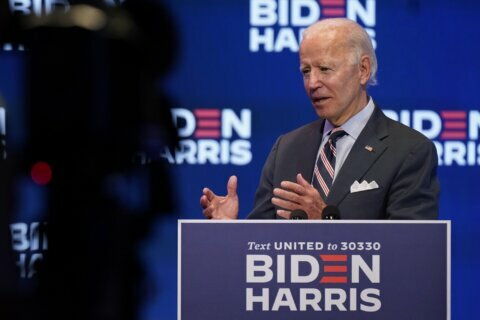 Biden will appear at drive-in town hall near hometown 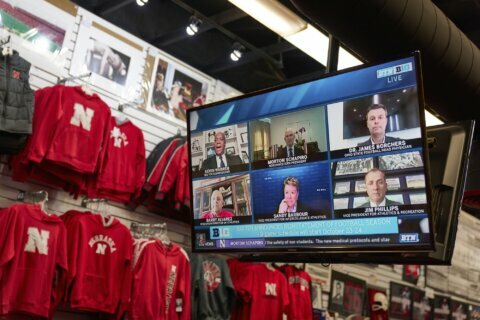 With Big Ten reversal, Trump aims to score in battlegrounds 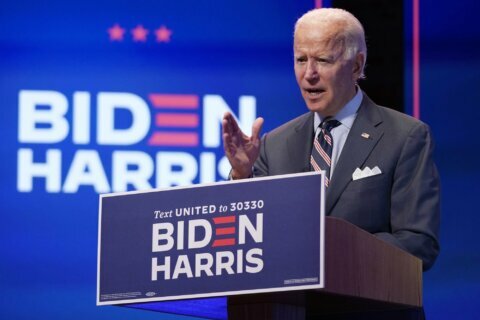 Biden under pressure to unveil list of potential court picks