PayPal is helping a wide array of small businesses that are dealing with challenges during the pandemic, including minority-owned firms that are often under-served by financial institutions.
Listen now to WTOP News WTOP.com | Alexa | Google Home | WTOP App | 103.5 FM
Prioritizing Small Business in Economic Recovery

I was very, very proud of PayPal for taking their time and making sure it was a well thought out plan on how they were going to help the under-served communities.

“PayPal has been amazing.”

PayPal is helping a wide array of small businesses that are dealing with challenges during the pandemic, including minority-owned firms that are often under-served by financial institutions.

The company has for years provided a financial lifeline to many of these businesses, including “Koils by Nature,” which was founded by Pamela Booker in the basement of her home in Temple Hills, Maryland close to a decade ago.

A U.S. Army veteran, she had been a computer engineer for the International Trade Commission, when she decided to make a major career change.

Booker decided to develop all-natural hair products. As an African-American woman, she saw there was a market that wasn’t being fully addressed.

Rather than work through another organization, she decided to do it on her own.

“There was someone to market, but it was a little too expensive, so I decided to create something that was affordable and had great ingredients,” she said.

Booker said PayPal put her fledgling company into a beta program and that she’s been with PayPal since the beginning.

“PayPal has been amazing,” she said.

“They had a beta program to give you working capital. That’s the lifeblood of a business – cash flow,” she said. “But Black-owned businesses, we’re not really given funding or a fair shake when it comes to getting loans or working capital or things like that.”

Booker said with PayPal she felt that she was getting a fair shake.

“PayPal, it was just based on your revenue. I got a small loan from them, paid it back and then they offered me another small loan and the relationship built from there,” she said.

“So I was very, very proud of PayPal for taking their time and making sure it was a well thought out plan on how they were going to help the under-served communities.”

Booker said her company was able to secure a line of credit from PayPal, noting that would have been much more difficult through a traditional bank.

Booker said she has had no hesitation in letting the owners of other minority-owned companies know about how PayPal can help them.

“I’ve told all the businesses that I deal with…to make sure that they utilize PayPal when we need the capital to prepare for the fourth quarter,” she said. “That’s the beauty of PayPal, because you pay off your working capital so quick that you can get another loan very, very quickly. And we can use that cash flow to buy inventory, equipment, things that we need to help our businesses grow.”

While PayPal has an extensive history of helping minority-owned businesses, the company this year started a broad range of initiatives. That includes $10 million that is being used to administer grants for black-owned businesses across the United States, that have been impacted by the pandemic or civil unrest. The fund is managed in a partnership with the Association for Enterprise Opportunity, based in Washington. They have also distributed $5 million in grants to 20 nonprofits supporting Black-owned businesses and, in August, announced a $50 million deposit in Optus Bank, a Black-owned bank based in South Carolina dedicated to providing equal access to capital and financial services for minority communities.

Booker has collaborated with other Black-owned businesses, which has helped them all grow. They’ve put boxes together to showcase their work and market it as packages. Her hair care products are sold with body care products, candles, T-shirts and other items.

“What that does, is it shows two things – that we can collaborate on a high level, and it exposes my audience to a different set of Black-owned businesses,” she said.

Booker’s work with PayPal has paid off. Her products are now widely available in cosmetic stores. And just a few years ago, Target started to sell her products as well, greatly increasing her company’s revenue with new orders.

Booker acknowledges this has been a challenging year, as it has been for many small businesses.

“2020 has been an amazing year as far as ups and downs and the pandemic and everything,” she said. “What it has done is taught us how to pivot when we need to. And really, really put in the hard work.”

She believes small businesses need to continue to adapt to the changing marketplace and the desires of consumers.

“A lot of people are shopping online now, more than ever.  So e-commerce is very important,” she said. “I would encourage people to get an e-commerce business, using PayPal as their payment processor and building that relationship with PayPal.”

“Make sure you utilize PayPal,” she said as part of her advice for other minority-owned businesses. “Get a PayPal business banking account.”

“Because you’re going to need somebody that’s going to be in your corner when it’s time for funding.’

Booker said PayPal has been in her corner for a long time and that’s been critical to the success of her business. 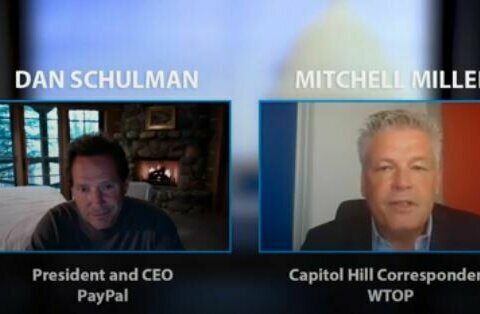 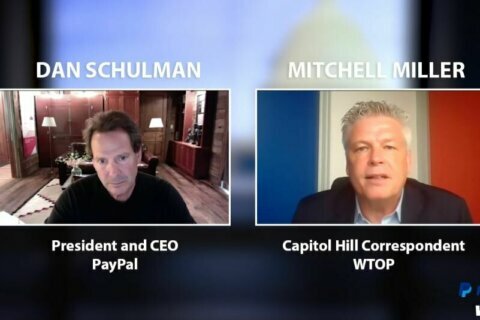