Last month, Target announced a change in its stores: Kids’ toy and bedding sections would soon become gender-neutral. For instance, the retailer is getting rid of dual “Building Sets” and “Girls’ Building Sets” aisles. To parents who want to raise their kids in a more gender-neutral environment, this was welcome news and another sign that the parenting movement is gaining traction.

Gender-neutral parenting encompasses a range of beliefs and behaviors. It can be simple as choosing a gender-neutral name for a newborn, or saying no to “blue is for boys and pink is for girls.” Or it can be (rare) immersion, like declining to reveal a new baby’s gender beyond immediate family. While your approach may not be that drastic, experts say gender-neutral parenting encourages kids to learn and develop with more choices and fewer limitations — to feel comfortable expressing themselves without being held back by what boys or girls “should” or “shouldn’t” do.

Vicki Larson believes in a gender-neutral upbringing for kids, and she lives out her beliefs at home and on the job. Larson, the director of communications and marketing at Green Meadow Waldorf School in Chestnut Ridge, New York, strives to raise her 8-year-old daughter in a more open way. “She came home a few years ago and told me she wasn’t going to wear brown anymore, because brown is a boy color,” Larson recalls. “I said, ‘Not in our house. I believe that girls can wear any color they like, and boys can wear any color they like.'”

Her daughter and friends play dress-up without boundaries. “Boys can wear any of the dress-up clothes,” Larson says. “Girls can wear any of the dress-up clothes. We have boys in skirts and dresses in my house all the time.” That’s gender-neutral parenting, she says. “Just saying that this insistence that girls look one way and boys look another and these categories are very rigid. That’s not how I’m parenting — and that’s not how a lot of parents are parenting.”

There’s no single definition of gender-neutral parenting. “My version is one where you let the child gravitate to the kinds of things they do well in,” says Deborah Best, a distinguished professor of psychology at Wake Forest University.

“As a parent, if you’re really going to be neutral about it, you don’t enforce your views,” Best says. “You let the child select the kinds of things that they find interesting. You offer opportunities, and you try to reinforce them trying other things rather than saying, ‘Oh no, boys don’t do that.'”

Kids explore different phases, Best says, whether it’s being a “tomboy” as she was — playing baseball with the boys, climbing trees and building rockets — or a boy who tries on his mother’s high heels. “There’s nothing wrong with that,” she says. “He wants to see what it feels like. You’ve got to let children play and explore and not put too much adult meaning into what they’re doing.” Attention spans are short at a young age, she says, and kids usually move on quickly to the next phase.

Preschool kids seem to naturally sort themselves by activity level, Best says. “Boys tend to be more physical — more gross motor, more big kinds of movements and activities,” she says. “Girls tend to be more fine motor and smaller activities. Playing with things in a more delicate way because they can. They’ve got that motor control. So girls tend to like different kinds of toys than boys do.” But, she adds, that’s not always the case.

The school where Larson works is a Waldorf school — part of an independent group of schools with progressive educational methods. “At Green Meadow, we work with the concept of a gender spectrum,” she says. “We’re interested in trying to serve students on all parts of the gender spectrum.”

Adding gender-neutral spaces, like bathrooms anyone can use no matter how they identify themselves, can make students feel more included and less isolated, Larson says. The same can hold true with gender-neutral spaces to change for gym, allowing privacy for any student who wants it, as an alternative to boys’ and girls’ locker rooms.

“We do have lots of parents that are interested in gender-neutral parenting and who are doing that at home,” Larson says. “[They’re] encouraging our teachers to go light on the princess stories and the knight stories. And the boy’s not the savior in every fairy tale.”

Melissa Luke, an associate professor and coordinator of school counseling at Syracuse University, says the concept of gender-neutral parenting is complex. Part of it, she says, is “critically examining the ways in which we are knowingly, and actually unknowingly, pushing or putting on children [adults’ own] expectations about gender.”

Luke describes a toy-shopping trip her then 4-year-old daughter took with her grandparents. Eagerly looking forward to picking out “Star Wars” action figures, her daughter was distressed that these weren’t available in the girls’ section: “But they’re not in the pink aisle!”

The long-past incident galvanized Luke. “‘Who ever conveyed to my child that she could only shop in the pink aisle?'” she recalls thinking. “So for her little self, there was a sense that there was something about what it meant to be a little girl, that she was expected to stay within those parameters. That was a powerful message.”

By middle school, many girls have internalized messages that higher math and science aren’t really for them. Parents should discuss the culture that promotes such ideas with their kids, Luke says, and encourage them to think independently and challenge gender-based limitations.

The need for parenting that supports individuality goes even deeper for children who may not conform to traditional norms of how boys or girls behave or express themselves, says Luke, who works extensively with LGBTQ youth. “We convey our beliefs about what is acceptable,” she says. “What I would see as the biggest risk is that even if this isn’t what we mean to be doing, we could be communicating to a child that who they are is not OK. [That] to be OK or to be loved or to be worthy or to be valuable is contingent on having interests and expressions that are more conventionally ascribed within our culture.”

Some parents who embrace gender neutrality might find their kids make traditional choices anyway. It could be that their 5-year-old daughter insists on pink dresses and frills and rejects jeans and a T-shirt. The point, experts say, is that it’s her decision to make.

“When little ones come into the world, I think most families want everything possible for them,” Luke says. “In lots of ways, traditional gender roles can stifle both boys and girls, and men and women. And they can be limiting.” The flip side, she says, is that traditional roles can provide some structure — a sense of safety and expectations — as long as they’re not overly rigid.

Larson believes gender neutrality is becoming more enmeshed in society as a whole, and will only become more common among current and future parents. “The world is changing very quickly,” she says.

How to Find the Best Mental Health Professional for You 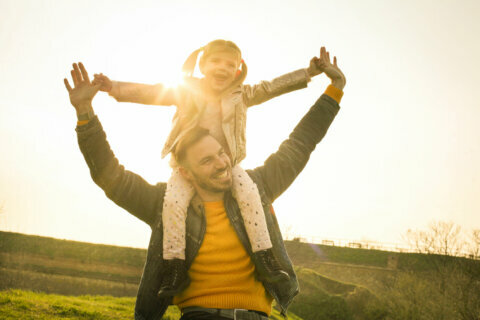 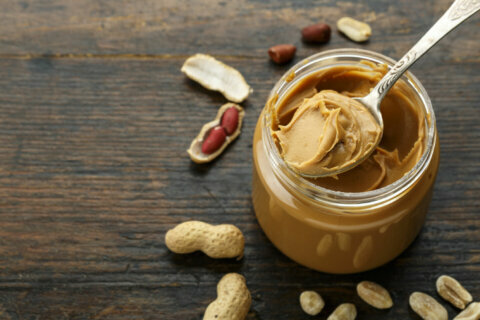