Kids and media: How much is too much?

\"Media\" has expanded beyond TV sets and movie screens. Phones, tablets and computers can be educational, but should there be a limit?
Listen now to WTOP News WTOP.com | Alexa | Google Home | WTOP App | 103.5 FM

WASHINGTON — How much media is too much for our tots? Well, the jury is still out on this controversial topic.

If you base your answer on guidelines from the American Academy of Pediatrics, all of it is too much.

In fact, the organization says TV and other entertainment media should be completely avoided up to the age of 2, and children ages 3 to 5 should be limited to one hour of “high-quality” content.

These recommendations are based on studies that reveal excessive media use can lead to obesity, attention problems, sleep difficulties and more.

However, these days, “media” is not just limited to the TV — smartphones, tablets and computers are all common commodities in many households. Yet, these forms of media are not included in the AAP’s recommendations, which were proposed in 1999 and last updated in 2011. Since then, the media and technology world has done nothing but expand.

“What we are looking at now is a generation of children who are plugged in most of their waking hours,” says Cris Rowan, a pediatric occupational therapist and author of “Virtual Child.”

“I’m not saying children can’t learn from technology, certainly they can, but for the over-user, who is the average child, they can no longer learn because of the detrimental impact to the brain,” Rowan says.

The versatility of media — from its ability to provide educational resources to displaying television entertainment — prompted Dr. Dimitri Christakis, professor of pediatrics at the University of Washington, to write an article in Journal of the American Medical Association Pediatrics calling for AAP to re-think its current guidelines to include today’s technology.

The versatility of media — from its ability to provide educational resources to displaying television entertainment — prompted Dr. Dimitri Christakis, professor of pediatrics at the University of Washington, to write an article in Journal of the American Medical Association Pediatrics calling for AAP to re-think its current guidelines to include today’s technology.

“… We still know surprisingly little about how iPads and other interactive media technologies affect children’s cognition — research is simply unable to keep up with the pace of technological advances — and these devices are increasingly popular. The salient question then is whether the discourage media verbiage of the 2011 statement should be applied to them,” Christakis says in his Viewpoint article.

He says if the iPad is used as nothing more than a video screen, the current guidelines should still stand. But if the tablet is being used for interactive, educational purposes, the guidelines should be revisited — even for those under the age of 2.

Regardless of how it is being used, Deborah Best, a professor and developmental psychologist at Wake Forest University, says media and technology is a concern if it’s used as a substitute for face-to-face communication.

“The issue is whether it replaces normal social interaction. These gadgets should not be a replacement for a parent,” says Best, who adds being a good role model with technology is important.

“If you look at selfies and things of that sort, children, what they have learned, is they have an immediate gratification need. And I think you have to monitor that. It’s very difficult for parents to comply with that ‘I want it right now mentality.'”

How do you monitor your child’s media behavior? And what age do you think is an appropriate one to introduce technology?

Let us know in the comments section of this story, on Twitter or on the WTOP Facebook page. Until then, a local parenting and technology guru offers her take on technology.

A fascination with selfies
By Leticia Barr

Our fascination with selfies began well before the word was added to the dictionary.

The intrigue with our self-image represents a developmental milestone that starts when babies are able to prop themselves up for “tummy time” and watch as their expressions are reflected back in a mirror.

These days an infant’s interest in his image develops into the allure of selfies, as mobile devices serve as easily accessible technology that provide instant gratification.

Before our kids, ages 7 and 10, had their own iPods, it was quite common for me to open up my phone’s photo album to find photos of the dog, their shoes and stuffed animals artfully arranged as if they were posing.

Their images reflected a curiosity about using a camera to take photos of their own. Once they discovered the button for the front-facing camera, my photo stream was flooded with images of fuzzy eyeballs staring back at me, them crammed in the frame with cut-off foreheads or a chin.

My kids were taking selfies before selfies became a “thing” that flooded our social networks — mostly because they liked exploring the technology we use regularly.

While our mobile devices may be productivity tools for us, they provide instant gratification through educational experiences — such as apps, books and entertainment — through age-appropriate content, as well the front-and rear- facing cameras.

As our kids have grown older and are becoming more skilled at taking selfies on their mobile devices, I’ve seized opportunities to provide them with little lessons about online and mobile safety using their obsession with photos.

My kids are quite aware from my work in the social media space that once something is on the Internet, it stays there for good. We’ve had many conversations about what might happen to photos that they take or others may take of them. Sometimes I think the lessons I’m imparting go in one ear and out the other, but then the kids surprise me.

One day I watched from afar as my son snapped a photo while wearing a blue wig, leftover New Year’s glasses from 2013 whose numbers were encrusted with green glitter, and no shirt.

Pretending to be busy putting away laundry, I saw him tap the button to use the front facing camera on his iPod and extend camera arm’s distance away before snapping the photo. As he lowered the camera to examine his image, I went over to ask to take a look, fully prepared to have a conversation about why it isn’t ok to take photos partially clothed.

He held his iPod for me to see his most recent selfie. “It’s kind of blurry, don’t you think, Mom? And I should finish getting dressed before I take another one.”

Before I could say “yes” and launch into why we don’t take shirtless photos, he tapped the trash can to delete it, showing me that despite a fascination with his own image, that even though photos provide instant gratification, not all are worth keeping.

Leticia Barr is the founder of Tech Savvy Mama, a site that assists parents in navigating the ever-changing world of technology. She uses her experience as a former teacher and technology specialist for a large D.C. Metro area school system to share new technology and educational resources. Leticia consults as a social media strategist, educating and speaking to brands and fellow bloggers about the social media space while also freelance writing. She has been a columnist for Parents.com, Babble, LeapFrog, and is a contributor to Scholastic Parents’ Learning Toolkit.

Leticia enjoys the distinction of having been Parents Magazine’s Editors’ Pick for Best Tech Blog,Babble’s Top 100 Mom Blogs, and named as one of the 50 Top Twitter Moms by Babble. She can almost always be found online, using Facebook, Instagram and Twitter, Pinterest, and Skype simultaneously if she hasn’t unplugged to spend time with her husband, 2 children, and their overly enthusiastic Yellow Labrador. 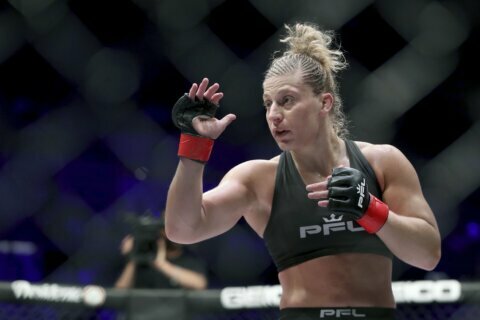 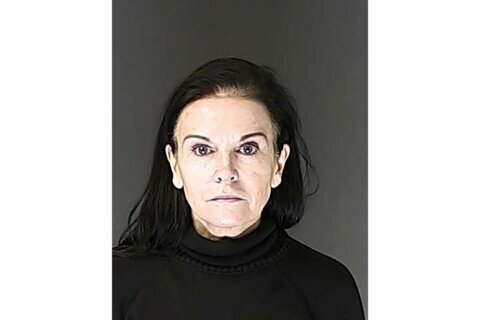