The veteran trainer and everybody around him partied long after the 80-1 long shot pulled off a monumental feat on Saturday. Once their heads clear, the next step will be decide whether Rich Strike’s storybook journey continues at the 147th Preakness on May 21 in Baltimore.

“As long as he’s OK and after a week I know that it’s the right thing to do, we’ll do it,” Reed said Sunday morning at Churchill Downs. “I have to do what I’ve done from day one with this horse, and that’s manage him and take care of him.”

Similar decisions await for some of the favorites Rich Strike chased down late with Sonny Leon aboard on the way to clocking 2:02.61 in the 1 1/4-mile Derby.

Though seeking redemption would be understandable for runner-up Epicenter — the 4-1 favorite who was just a quarter mile from giving Hall of Fame trainer Steve Asmussen his long-sought first Derby win — the two-week turnaround for the 1 3/16th mile at Pimlico Race Course is a concern.

Asmussen wants to give Epicenter’s owner, Ron Winchell, time to figure it out. His focus is the long-term future for the horse, whose margin behind Rich Strike and ahead of third-place Zandon was just three quarters of a length each.

“That’s where I think our responsibility lies now, how do we make him 3-year old champion?,” the trainer said. “He’s a very talented horse, has very good ability and just was second in the Derby. We need to map out a schedule that we think can will make him the champion 3-year-old.”

Trainer Chad Brown was pleased with Zandon’s race but lamented not being able to win it. Todd Pletcher said his Derby trio of Mo Donegal, Charge It and Pioneer of Medina were “doing well” but likely headed back to New York after finishing out of contention.

Tim Yakteen, who took over Messier and 5-1 second choice Taiba for suspended Bob Baffert, said the Preakness is in consideration for Taiba.

One trainer with options is D. Wayne Lukas, whose scratch of Ethereal Road on Friday ironically set in motion the series of events culminating in Rich Strike’s last-minute entry and ultimate victory.

The 86-year-old Hall of Famer won his fifth Kentucky Oaks on Friday with filly Secret Oath and hinted at taking her to Maryland for either the Preakness or Black Eyed Susan Stakes for fillies on May 20. Secret Oath ran well against the boys in the Arkansas Derby, finishing just three-quarter lengths behind runner-up Barber Road and winner Cyberknife. Ethereal Road could also be in play after a good workout on Sunday.

“The owners are very conscious of the Grade 1s and the purses, so they’ll have an opinion and I’ll respect it,” Lukas said of Secret Oath’s prospects. “I think I’ll get the final vote, though.”

Not far away on the backside, Reed and his new Derby champion were packing up for Lexington, Kentucky, to prepare for whatever comes next on and off the track.

Admirers crowded around Barn 17 to see the unlikeliest of Derby winners, who seemed to handle the attention well as cameras clicked. Reed said the colt’s appetite was strong, a good sign of health after his longest trip so far.

One immediate challenge for Reed was answering hundreds of congratulatory texts after his small operation conquered horse racing’s marquee event — a whirlwind achievement made more fulfilling coming on short notice.

“Just getting in the Derby to me was like a win,” said Reed, who fell in the paddock and didn’t see Rich Strike’s finish. “I can’t put into words how it feels, but I was so happy for my wife (Kay) and my crew. And having my dad beside me, that was the best part for me.”

Now, the sport awaits what Rich Strike’s team believes is best for him. 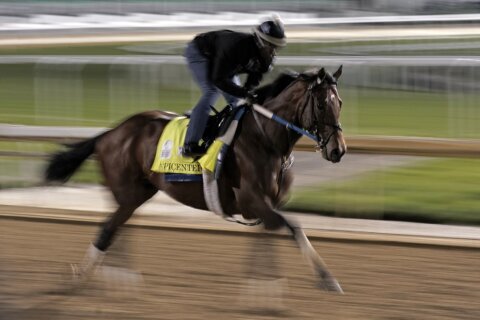 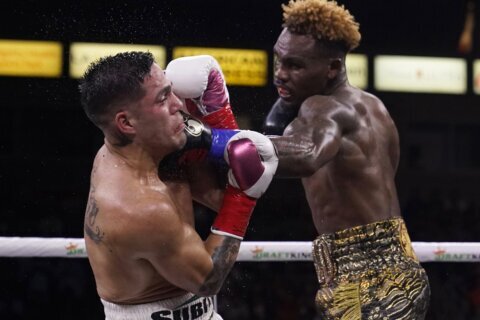 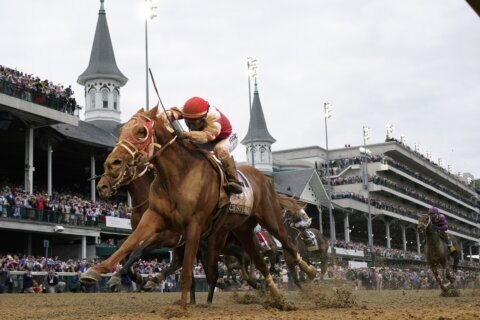