The NHL announced Wednesday that Tim Peel’s career as a league referee is over after he was picked up by…
Listen now to WTOP News WTOP.com | Alexa | Google Home | WTOP App | 103.5 FM

The NHL announced Wednesday that Tim Peel’s career as a league referee is over after he was picked up by a TV microphone saying he wanted to give the Nashville Predators a penalty, an incident that put the notion of “make-up” calls squarely in the spotlight.

Peel will “no longer will be working NHL games now or in the future,” the league said. The 54-year-old Peel had planned to retire next month, but his early exit sparked discussion across the league about the approach and mindset of officials tracking the games.

“Watch what happens at the end of games,” said Carolina coach Rod Brind’Amour, a former center who played more than 1,600 NHL games. “It seems to always get a power play, the team that’s behind. I think it’s just human nature. It’s hard. I know they’re not trying to do that. I don’t believe that that’s how they go about it. It’s just human nature to maybe look for the team that’s down, but it seems to happen all the time.”

NHL vice president of hockey operations Colin Campbell said “nothing is more important than ensuring the integrity of our game” and that Peel’s conduct “is in direct contradiction to the adherence to that cornerstone principle that we demand from our officials and that of our fans, players, coaches and all those associated with our game expect and deserve.”

The NHL determined it was Peel’s voice on the TV broadcast of the Predators home game against the Detroit Red Wings on Tuesday night after Nashville forward Viktor Arvidsson was issued a minor tripping penalty five minutes into the second period.

“It wasn’t much, but I wanted to get a (expletive) penalty against Nashville early in the,” the unidentified official was heard saying before the audio cut off. Peel worked the game with referee Kelly Sutherland.

“There is no justification for his comments, no matter the context or intention,” Campbell said.

Winnipeg coach Paul Maurice, who is in his 23rd NHL season behind the bench, said make-up calls were much more common in the past.

“If they absolutely blow a call, I think the referees just leave it there and I don’t think they bring it into the rest of the game,” Maurice said. “I haven’t felt that they’ve felt he need to even it up. I think that was more true 20 years ago.”

The Predators won 2-0 and were called for four penalties, compared with the Red Wings’ three. Nashville’s Matt Duchene on a local radio appearance Wednesday wondered aloud what would have happened if Detroit scored on the power play, won the game and the Predators missed the playoffs by a point.

“The crazy part is he was talking to (teammate Filip) Forsberg in that clip, and he told our bench that. Really bizarre,” Duchene said. “I’ve always been frustrated when I’ve seen even-up calls or stuff like that. If one team is earning power plays, you can’t punish them because the other team is not.”

Duchene and other players around the league cast doubt on “make-up calls” being a regular part of hockey, though he acknowledged “there’s definitely nights where you’re skeptical of it.”

“Some of the good refs definitely have a feel for the game and they know the ebbs and flows and they know to try to keep the game as even as possible unless the play dictates otherwise,” New York Rangers forward Ryan Strome said. ”But as players, all you can ask for is that they try to call it as fair as possible.”

Washington center Nicklas Backstrom, a 14-year veteran, said the incident was a first for him.

“I’ve never heard anything like that,” Backstrom said. “I think it’s maybe unfortunate that it happened and came out that way, but at the same time, the league had to do what they had to do.”

Most players and coaches expressed respect for on-ice officials and lamented how difficult their jobs are keeping track of the fast-paced game.

“He made a mistake, but unfortunately you don’t want make up calls to be part of the game,” Edmonton’s Adam Larsson said. “I don’t think it’s right.”

Retired player Brent Sopel echoed Brind’Amour, saying there’s a human element to officiating. While he doesn’t believe an official predetermines how many penalties he’s going to call before a game, Sopel said plays that occur or comments directed at officials during the action can influence decisions.

“It goes along with the game,” he said. “You’ve got to go back to what happened the rest of the game. What happened the game before? If somebody comes up to you and punches you in the face, guess what, you remember that.”

Peel made his NHL debut in 1999 and has officiated nearly 1,400 regular-season games. That level of experience made him a “senior-level official” in the terms of the league’s collective bargaining agreement with the NHL Officials Association.

“Sometimes they’re human: There’s times when they’ll make mistakes and they want to right the mistake sometimes,” Islanders coach Barry Trotz said. ”Timmy Peel has been in the league a long time. I respect Timmy and all the referees. For me, they call good games.” 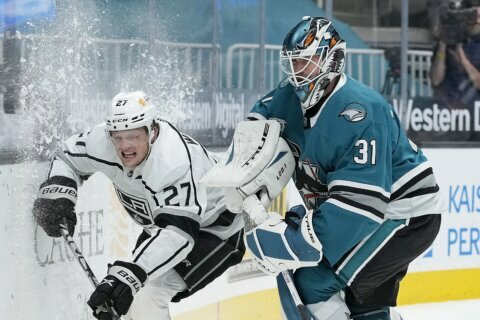 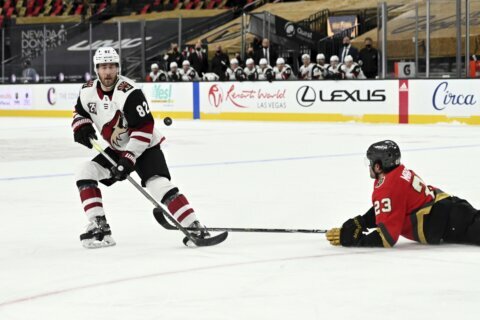 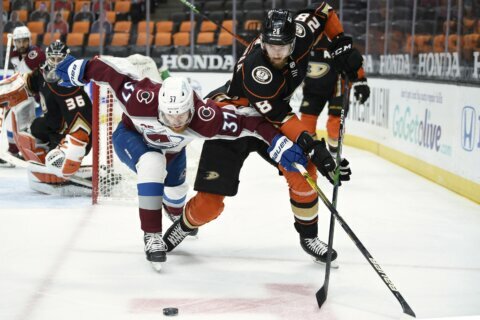