NASHVILLE, Tenn. (AP) — The Houston Texans have been fighting, scrapping and clawing, only to come up short too many…
Listen now to WTOP News WTOP.com | Alexa | Google Home | WTOP App | 103.5 FM

NASHVILLE, Tenn. (AP) — The Houston Texans have been fighting, scrapping and clawing, only to come up short too many times this season.

Not this time — not even after having to wait an extra hour to kick off.

Davis Mills threw a 6-yard touchdown pass to Brandin Cooks with 2:52 left, and the Texans snapped a nine-game skid by beating the sliding Tennessee Titans 19-14 Saturday in a game delayed because of power issues.

“We needed this one,” first-year Houston coach Lovie Smith said. “We had a (Friday) night meeting. It was about a three-game season. We’re 2-1-1 in the division, and we want to end up with the best record in our division. We finish up with two more division opponents, so those games are huge for us.”

His Texans (2-12-1) had lost five one-score games this season, including each of the past two weeks.

This kickoff was delayed by an hour in a joint agreement by the Titans, the NFL and local emergency management officials after rolling power blackouts. Tennessee had crews working at Nissan Stadium since this extreme cold front moved into the area Thursday, blowing open some windows and bursting at least 36 water pipes at the stadium.

Even with the delay, it was the coldest home game in Titans history with a temperature of 20 at kickoff and the wind chill at 6.

Smith took a nap during the delay, and the Texans weren’t bothered much by the coldest game they’ve played this season. Ogbonnia Okoronkwo had two of the Texans’ four sacks by halftime, and Houston also forced three turnovers.

“We’re not built right now to be able to overcome those things. … The margin for error is very thin,” Titans coach Mike Vrabel said.

Linebacker Christian Harris intercepted rookie Malik Willis at the Houston 41 with 1:33 left, and Texans safety Jalen Pitre picked off Willis’ final pass in the end zone to seal the victory.

Houston fell behind 14-10 in the third quarter but held Tennessee scoreless from there. Mills, the second-year quarterback out of Stanford, completed all nine passes for 103 yards on the two scoring drives.

“Great feeling getting a win coming off of that versus a divisional opponent,” Mills said. “Ready to go home for Christmas.”

Mills finished with 178 yards passing, none bigger than his TD toss to Cooks. The veteran receiver was happy to see his quarterback come through after all the criticism Mills has faced.

“He stays even keel no matter what is going on,” Cooks said. “He kind of tunes out the outside noise and all he is focused on is trying to help this team win.”

Ka’imi Fairbairn kicked his second field goal with 7:25 left in the game as Houston turned Henry’s fifth fumble in five games into points. Then Mills completed four passes for 69 yards, the last to Cooks in the left corner of the end zone for a 19-14 lead.

The Titans (7-8) have blown their four-game lead atop the AFC South, falling into a tie with Jacksonville. Their five-game skid is their longest since owner Amy Adams Strunk fired coach Ken Whisenhunt after a sixth straight loss in November 2015.

Henry ran for 126 yards. He put Tennessee up 7-0 with a 48-yard run that was the 12th touchdown of his career against Houston, the most against the Texans by any player in league history. He had been tied with Maurice Jones-Drew.

The Texans got their first TD when Mills scrambled to the 1 before fumbling, and teammate Rex Burkhead recovered in the end zone, tying it up at 7.

Tennessee, which set an NFL record by using 91 players in a non-strike season last year, came into this game having used a league-high 80 players. Willis got his third start this season with veteran Ryan Tannehill out with an injured right ankle again.

The Titans placed two starting offensive linemen on injured reserve this week: center Ben Jones and right guard Nate Davis. Three other starters on the line were on the injury report, and Le’Raven Clark replaced rookie right tackle Nicholas Petit-Frere in the second half because of an inured ankle.

The Texans host Jacksonville in their home finale. 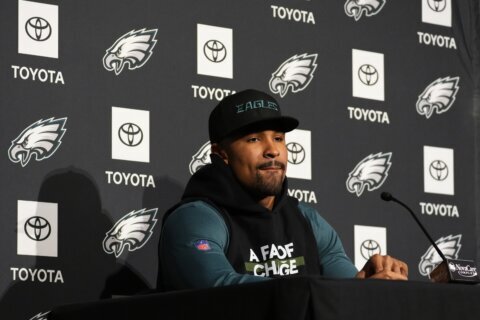 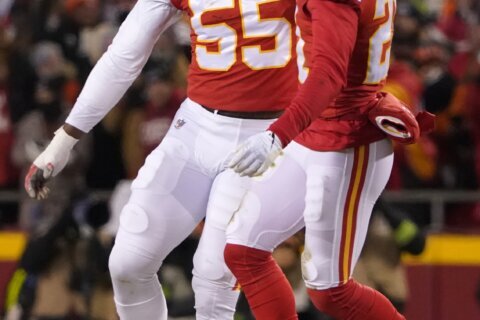