Herbert, defense look to lead Chargers back to the playoffs

Strengths: QB Justin Herbert made the Pro Bowl last season and set the franchise single-season record with 5,014 passing yards in his first season running a new offense under coach Brandon Staley and coordinator Joe Lombardi. Herbert has plenty of playmakers to throw to, including wide receivers Keenan Allen and Mike Williams along with running back Austin Ekeler. The acquisition of Mack to pair with Joey Bosa gives the Chargers one of the more formidable pass-rushing duos in the league. Bosa has 58 sacks since entering the league in 2016, which is sixth most during that span. Mack is right behind him with 57 1/2.

Weaknesses: Staley was hired after being the Rams defensive coordinator in 2020 and making them the top-ranked unit in the league. That success has not translated yet to the Chargers, who were 23rd in total defense last season and near the bottom in third-down conversion, stopping the run and points allowed after halftime. The defense could have as many as six new starters this season, headlined by Mack and cornerback J.C. Jackson. Staley is also hoping that defensive lineman Sebastian Jones-Day and linebackers Troy Reeder and Morgan Fox, who were on the Rams 2020 defense, can bring more of that aggressive style that Staley is looking for.

Camp Development: S Derwin James only participated in team walkthroughs while a contract extension was being negotiated. James is the defensive signal-caller and the lack of reps in practice on a unit that has had plenty of changes could have the Chargers scurrying to make up for lost time. Jackson underwent ankle surgery Tuesday, putting his availability for the first two games of the season in doubt. Jackson will miss two to four weeks, the team said in a statement.

Fantasy Player To Watch: Ekeler scored 20 touchdowns last season, which was tied with Indianapolis’ Jonathan Taylor for most in the league. Ekeler also had 1,558 scrimmage yards, third among running backs.

Expectations: The Chargers invested more than $70 million on free agents on defense during the offseason in order to get to the playoffs for the first time since 2018. They have one of the most exciting QBs in the league in Herbert while Staley has shown he is one of the most aggressive coaches in the league in going for it on fourth down. The defense will need to come through or else general manager Tom Telesco could start feeling pressure with only two postseason appearances to show in his first nine seasons. 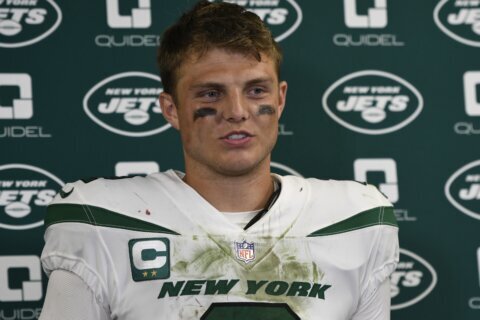 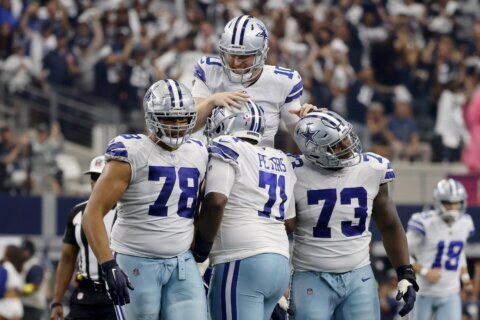