BUFFALO, N.Y. (AP) — Though talks are progressing, the deadline to finalize plans to build the Buffalo Bills’ new $1.4 billion stadium have been pushed back by 45 days, negotiators announced on Friday.

Without revealing the reason for the delay, the decision to move the deadline from Sept. 1 was released in a joint statement by the stakeholders in negotiations made up by the Bills, New York state and county representatives.

The statement said the sides are “making positive progress” with the timeline still in place to break ground on a new facility next year.

The framework of the deal carrying an NFL-record $850-million taxpayer price tag was reached in March in what was called a memorandum of understanding. Numerous contractual details needed to be negotiated including the terms of a 30-year lease.

Negotiations were delayed after Erie County legislators waited until July to discuss a community benefits package, which is part of the agreement to be funded by the Bills.

The project otherwise appears to be moving ahead with the Bills having already hired a firm to design the new stadium, which will be built across the street from the team’s existing facility. The stadium is expected to have a seating capacity of just over 60,000 and built without a roof, but feature a curved wall design which will cover about 90% of fans from the elements.

The Bills plan to have the new stadium opened in time for the 2026 season. 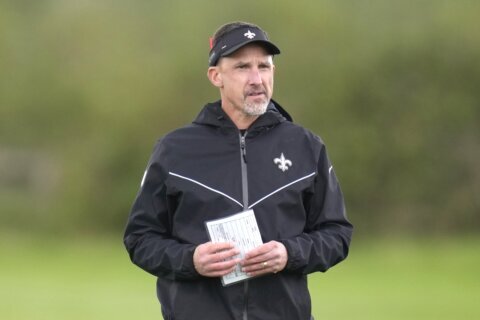 Saints coach Allen gets 2nd chance in London against Vikings 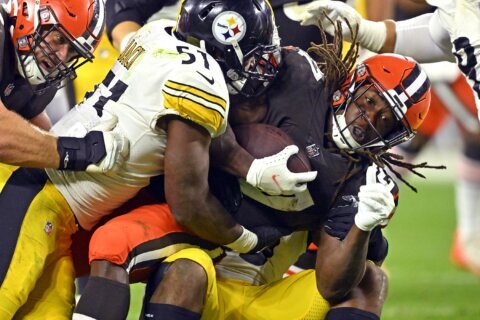