Shanahan clears up 49ers QB situation: ‘This is Trey’s team’

But the message from coach Kyle Shanahan about Garoppolo’s future and the future of the 49ers was clear: “This is Trey’s team.”

Shanahan started camp Tuesday by removing any pretense of a quarterback competition in San Francisco by unequivocally stating what had seemed obvious all offseason, that Trey Lance will take over as starter a year after being drafted third overall.

“That’s nothing against Jimmy,” Shanahan said. “We made that decision a year ago and we’re not going to mess around with that anymore. … Jimmy understands that fully. He’s a big guy and it’s nothing against him. It’s a business decision.”

The process of transitioning from Garoppolo to Lance as starter in San Francisco started last offseason when the Niners traded three first-round picks to move up to take Lance third overall.

But after having only limited college experience at lower-level North Dakota State, the 49ers were in no rush to turn the team over to Lance, believing that a healthy Garoppolo gave them the best chance to compete.

That mostly proved correct as San Francisco made it to the NFC title game with Garoppolo at quarterback before losing to the eventual champion Rams.

Lance played only sparingly, making two starts when Garoppolo got injured, but showed enough in practice and the offseason for Shanahan to be confident in his ability to run a team that has championship aspirations.

The Niners would have already moved on from Garoppolo if he had been healthy this offseason. But he needed shoulder surgery, complicating efforts to trade him.

Garoppolo stayed in Southern California for the offseason program but has been cleared to practice, eliminating a $7.5 million injury guarantee on his $24.2 million contract for 2022.

Whether the Niners can find a trade partner remains to be seen and they might end up releasing him to save that money on the cap. Shanahan said Garoppolo won’t take part in team drills and will work on the side building up strength in his shoulder.

That will put the focus on Lance, who completed 41 of 71 passes for 603 yards, five TDs and two interceptions, while also running for 168 yards and a score as a rookie last season.

Lance’s teammates believe in his ability and are happy any controversy over the starter has been put to rest before the first practice on Wednesday.

“It’s nice that Kyle came out and finally said it publicly, but I felt like we all kind of felt that and saw that in OTAs,” fullback Kyle Juszczyk said. “It’s not too much of a shocker or anything, but definitely excited for Trey and excited for us.”

NOTES: GM John Lynch was optimistic a contract extension can be reached with WR Deebo Samuel but expects to wait another year to extend DE Nick Bosa’s deal. Samuel is in the final year of his contract, while Bosa is locked up through 2023. … Lynch said the team will sign DT Robert Nkemdiche. … DE Dee Ford didn’t report to camp and will likely either be released or retire in the next few days. … TE Charlie Woerner (core surgery) and CB Jason Verrett (knee) will start camp on the physically unable to perform list. Rookie DT Khalia Davis (knee) will start out on the non-football injury list. … T Mike McGlinchey (quadriceps), DT Javon Kinlaw (knee) and LB Azeez Al-Shaair (shoulder) all passed their physicals but will be brought along slowly in camp. 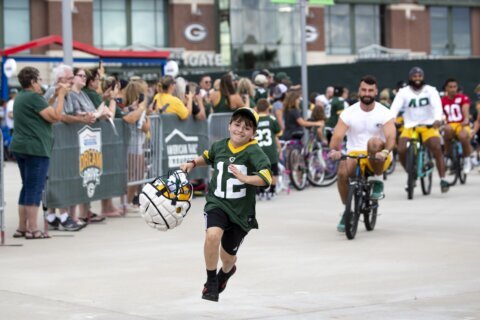 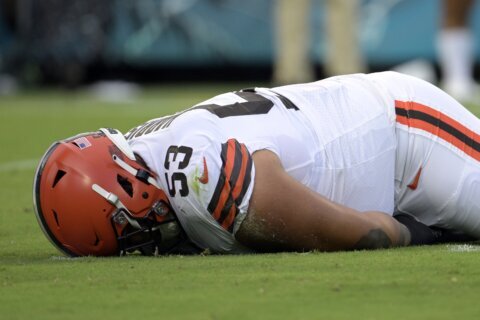 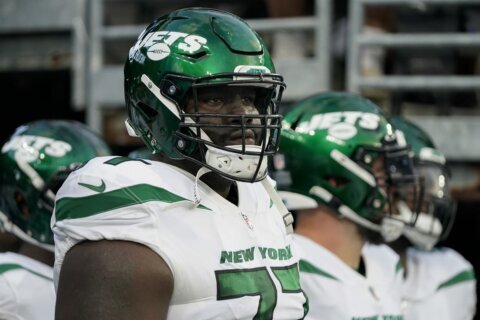