BETTING LINE: Bengals by 3 1/2, according to FanDuel SportsBook.

TURNOVER DIFFERENTIAL: Steelers minus-2; Bengals minus-3.

STEELERS PLAYER TO WATCH: LB Devin Bush. Thirteen months removed from a torn ACL, the 2019 first-round pick is still searching for the explosiveness he showed prior to the injury. With so many defensive starters ailing, Bush needs to be a difference maker, something he hasn’t been for the majority of the season. If Pittsburgh’s sagging run defense is going to improve, Bush needs to be part of the solution.

BENGALS PLAYER TO WATCH: RB Joe Mixon was the key to the win over Las Vegas last week. He — and the offensive line — just kept grinding and finally wore down the Raiders. After averaging just 2.4 yards on 11 carries in the first half, he pushed it up to 6.5 on 19 carries in the second. His 30 carries were a season high. It was a gritty rebound from the two previous weeks when he rushed for 64 yards against the Browns and just 33 against the Jets as the Bengals lost both games.

KEY MATCHUP: QB Ben Roethlisberger and Pittsburgh passing game against Bengals’ defense. Big Ben threw for 273 yards and three touchdowns as Pittsburgh put up a season-high 37 points in losing a shootout to the Los Angeles Chargers. Diontae Johnson, Eric Ebron and Pat Freiermuth each had scoring catches. Meanwhile, the Bengals limited the Raiders to 278 yards, the second time this season they held an opponent to fewer than 300 yards in a game. Cornerback Eli Apple had a key fourth-quarter interception.

KEY INJURIES: The Steelers are holding out hope T.J. Watt’s hip and knee are good enough to play after he sat out last week’s loss to the Chargers. The status of cornerback Joe Haden’s foot is also uncertain. Safety Minkah Fitzpatrick will be back after spending a week on the COVID-19 list. Tight end Eric Ebron and guard J.C. Hassenauer are both likely out.

SERIES NOTES: The Bengals have won the last two meetings, including the blowout victory two months ago in Pittsburgh. … Prior to that the Steelers had won 11 straight dating back to 2014. That string was broken with a 27-17 upset of the playoff-bound Steelers by moribund Cincinnati last Dec. 21. … The Bengals’ longest winning streak in the series was six, from 1988-90. … The Steelers came from behind to beat Cincinnati 18-16 in the AFC wild-card game Jan. 9, 2016. … Pittsburgh is 32-20 on the road against Cincinnati. … Cincinnati is trying to sweep Pittsburgh for the first time since 2009.

STATS AND STUFF: Roethlisberger has recovered from a sluggish start. The 39-year-old QB has a 104.3 passer rating over his last five games, throwing nine touchdowns against no interceptions in the process. … Pittsburgh’s injury-plagued defense is hoping to recover after getting mauled by the Chargers, who put up 533 yards, the most the Steelers have allowed since giving up 610 to New England in 2013. Pittsburgh fell to 2-6 after that loss to the Patriots but recovered to win six of its final eight to finish .500. … Steelers rookie RB Najee Harris has scored a touchdown in six of his last seven games. While Cincinnati kept him out of the end zone on Sept. 26, Harris set a franchise record for receptions by a running back by hauling in 14 passes for 102 yards in the first matchup of the season. … Pittsburgh K Chris Boswell has never missed a field goal against the Bengals (23 for 23) and just one extra point (32 of 33). … Pittsburgh’s 27 fourth-quarter points against the Chargers equaled or bettered its total in 15 of its previous 16 games. The Steelers’ 37 points marked the first time in more than a year they had topped 30 in a game. The previous time? A 36-10 romp over the Bengals in November 2020. … How important is Watt to the Steelers? Pittsburgh is 0-4 in his career when he doesn’t play. … Mixon ranks 11th in the NFL in yards from scrimmage with 953 and his 11 touchdowns are tied for fourth among all RBs. … Bengals K Evan McPherson is the first player in NFL history to have six field goals of at least 50 yards in the first 10 games of his career. … The Bengals have four wins by at least 14 points. Only seven times in franchise history have they had more in a season. … Cincinnati’s average of 2.55 points per drive is sixth best in the league. … Bengals QB Joe Burrow had the fewest passing yards of his career (148) in last week’s win over the Raiders. … Cincinnati plays five of their last seven games at home, where it is 2-2 this season. … The Bengals’ 18 touchdowns on 26 red-zone possessions are fourth best in the NFL.

FANTASY TIP: WR Ja’Marr Chase hasn’t put up huge numbers in the past three games, but don’t count out the terrific rookie. He’s due. Chase had only three catches against the Raiders, but one was an outstanding grab in the back corner of the end zone that opened a 22-13 lead for Cincinnati with five minutes left in the game. A contender for Offensive Rookie of the Year, he leads all such players with eight TD catches. 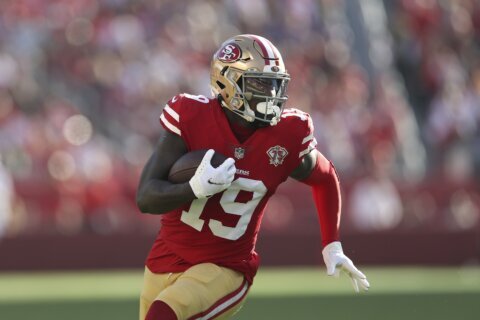 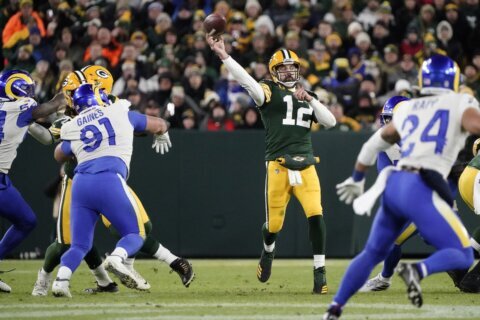