Running wild: Browns’ Hunt a ‘devil’ when he has the ball

BEREA, Ohio (AP) — Arms flailing, legs churning while kicking up grass and dirt as his dreadlocked hair flies from under his helmet, Kareem Hunt’s got a running style that’s both unorthodox and unique.

He fights for every yard — every inch — like it’s a personal turf war.

“Runs like the Tasmanian Devil,” Browns quarterback Baker Mayfield said, likening Hunt to the whirling, snarling cartoon character. “It’s like his upper body is leaning one way, his lower body … his balance is outstanding.

“It’s something that very few people are blessed with.”

The Browns are blessed with two excellent backs in Hunt and the steady Nick Chubb, giving Cleveland a two-headed tandem and one of the league’s most potent — and diverse — rushing attacks.

“Oh man, those two guys are my favorites,” offensive coordinator Alex Van Pelt said this week. “They complement each other so well, just different running styles but extremely effective.”

Heading into Sunday’s game at Minnesota, the Browns are second in the league with 524 yards rushing and first with eight rushing touchdowns.

Last week, the Chicago Bears zeroed in on Chubb, who gained a well-earned 84 yards on 22 carries but didn’t score or bust off a run longer than 14 yards.

Hunt more than picked up the slack, rushing for 81 and adding 77 on six catches. He also helped close out the Bears by ripping off a 29-yard TD run early in the fourth quarter in which his full powers were on display.

Taking a handoff from Mayfield, Hunt first stepped out of a tackle behind the line of scrimmage before turning up field and stiff-arming a defender. He flung another out of his path and then outraced star linebacker Khalili Mack and a few other Bears to the end zone before leaping into the stands to celebrate.

“He runs like a wild man,” Chubb said, “like he doesn’t care about his body at all. He just runs it up, sticks it up in there, takes hits, bounces off of hits. He’s just a special player.”

The chemistry and camaraderie between Hunt and Chubb makes them extra special.

NFL Films picked up several exchanges in last week’s game between Chubb and Hunt, who was wearing a microphone. Hunt told his teammate he would “pound” the Bears and soften them up so Chubb could rip off a long run in the fourth quarter.

And when Chubb was forced out of bounds on one play, Hunt was there to slow his teammate down as he hit the sideline. He then told him, “You know I’m here. I got your back whenever you need me, 24.”

It can be rare to have a star running back unconcerned about his statistics. The Browns have two.

“They’re getting their touches, but I think what they care about is winning games,” center JC Tretter said. “So there’s no egos in that running back room. They just want to make sure we have more points at the end of the game than the other team.”

“It’s everything,” Beckham said. “That’s a guy that you want on your team and not running against you. He runs like a bull, like a bucking bronco or something. I don’t think many people want to tackle him.

“He’s going to fight for every yard. We need those tough yards, he’s going to put his nose in there.”

While Hunt doesn’t seem to have much regard for his own body, the Browns still trust him with the ball. He has fumbled just twice in 270 carries over 27 games with Cleveland. He had just one in 27 games (453 rushes) for Kansas City.

Browns running backs coach Stump Mitchell, who played nine years in the NFL, isn’t concerned about how Hunt looks while he’s carrying the ball, as long as he holds onto it.

“When Kareem is on the field, he’s going to give it his all,” Mitchell said. “Those guys who have to tackle him, they know they have a challenge. So the only we thing we’re concerned with and we stress it every day, is ball security.”

NOTES: Tretter (knee) and starting LT Jedrick Wills Jr. (ankle) are questionable for the Vikings game but expected to play. Both returned to practice Friday. … DE Myles Garrett called a defensive players-only meeting on Sept. 23 to address inconsistent play through two games. The Browns responded by sacking Bears QB Justin Fields nine times — Garrett had 4 1/2 sacks — and holding Chicago to 47 total yards last weekend. “We needed more out of ourselves,” Garrett said, relaying his message to teammates. “The first two games just weren’t cutting it. We have no time to be taking it slow. We’ve got to mesh right now.” 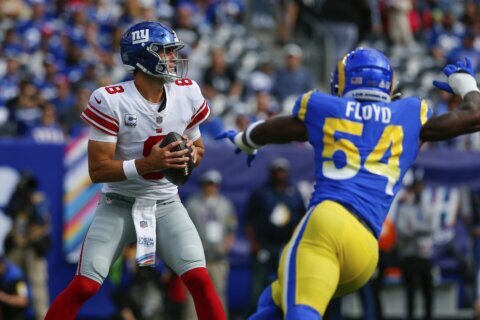 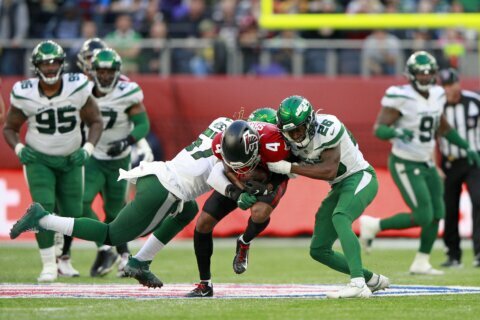 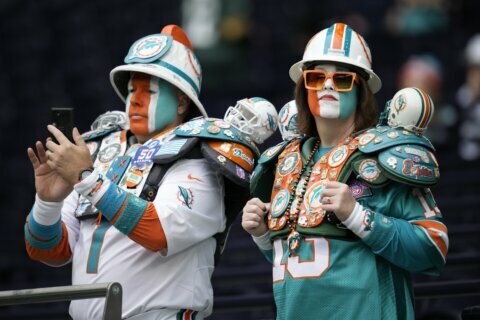