GLENDALE, Ariz. (AP) — The Arizona Cardinals are feeling good about themselves after a stellar Week 1 performance, and rightfully so.

Quarterback Kyler Murray was awesome in the 38-13 win over Tennessee Titans. Receiver DeAndre Hopkins was, too. Linebacker Chandler Jones outshined both of them with a jaw-dropping, five-sack performance that even LeBron James couldn’t stop talking about.

Now the Cardinals are out to prove it’s not a fluke. They’ve certainly got the attention of the Minnesota Vikings, who travel to face the Cardinals on Sunday.

“We’ve got a task at hand,” Vikings cornerback Bashaud Breeland said. “They’re using (Murray) well outside the pocket, inside the pocket. He’s got good targets, good receivers, good backs, so it’s going to be a task for us, but how else would we want it? You know what I mean?

“After a loss like this, you want to go against somebody who’s got a winning record at this point and show that we’re really not what we showed last week.”

The Vikings had plenty of good moments in the season opener, through they eventually fell 27-24 to the Cincinnati Bengals in overtime. Kirk Cousins threw for 351 yards and a pair of touchdowns, both to Adam Thielen. The Vikings outgained the Bengals 403 yards to 366 but were penalized 12 times.

Minnesota has dominated Arizona in recent seasons, winning five of six dating back to 2010.

The Cardinals will be trying to stop an elite running back for the second straight week in Minnesota’s Dalvin Cook. They were successful in containing Tennessee’s Derrick Henry, holding him to 58 yards on 17 carries.

Henry and Cook were the NFL’s top two rushers in 2020.

“There’s some similarities and some differences,” Arizona defensive end J.J. Watt said. “I think they’re both very good running backs. They have a bit different styles in the way they do things, but some things are similar.”

Hopkins had two spectacular touchdown catches in Week 1, including a 17-yarder in which he smartly spun away from the defense after the catch, putting Arizona ahead 17-0.

Coach Kliff Kingsbury was even more impressed with the first touchdown catch.

On that 5-yard score, Hopkins slowed down and allowed the Tennessee defender to bump into him in the back of the end zone, creating the separation he needed to secure the catch and come down with the ball. Kingsbury called it “Jedi-type stuff.”

“I’ve never seen anything like it,” Kingsbury said. “He looks back, stops and then the guy pushes him forward and it creates separation, and he catches a touchdown. He just has a great feel for getting open.”

Veteran cornerback Patrick Peterson will be playing his second game with the Vikings, already set for a reunion with the Cardinals after making the Pro Bowl in his first eight of 10 seasons in Arizona.

Peterson didn’t have much action in his debut last week. His partner on the other side, Breeland, had a rough afternoon, targeted often by Cincinnati quarterback Joe Burrow.

“I just realized I ain’t ever played with nobody like Patrick, you know what I mean? A corner on that side where they don’t even look his way,” Breeland said. “So it really showed me I’ve got to buckle my chinstrap week in and week out.”

Arizona’s defense had a stellar performance in Week 1 and that was without Watt filling up the stat sheet.

The three-time NFL Defensive Player of the Year drew plenty of attention from Tennessee’s offensive line and had two tackles in his debut with the Cardinals after signing with the club during the offseason. The biggest highlight was when Watt and fellow defensive lineman Leki Fotu came into the game for an offensive play that Kingsbury dubbed “MegaWatt.”

Watt and Foku lined up as blockers but the beefed-up front was just a diversion. Instead, Murray ran a naked bootleg to the opposite side and scored a touchdown.

“I think overall as a defense we played well,” Watt said. “We still — myself included — have a lot of things to improve on and get better on. That’s the exciting part for me, that we can put together a performance like that and still have so much on the table.”

One reason for optimism for the Vikings is the probability that they won’t be penalized as much as they were at Cincinnati. In addition to the 12 accepted penalties for 116 yards, Minnesota had an additional four infractions that were declined by the Bengals. The majority of the flags were on the offense for false starts and holding.

“We had all those penalties, and we were still right there in the game,” Cook said. “We clean those things up and come out like we did in the second half playing good football, you can see the type of team we can be.”

Coach Mike Zimmer had an old-school outlook toward practice this week in terms of trying to cut down the penalties.

“If they jump offside, I can run ’em. So I’ve done that before,” Zimmer said. “It wouldn’t surprise me to do it again, because if they start doing ’em, then I’m going to get mad.” 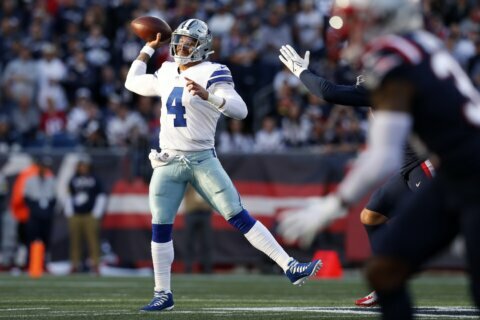 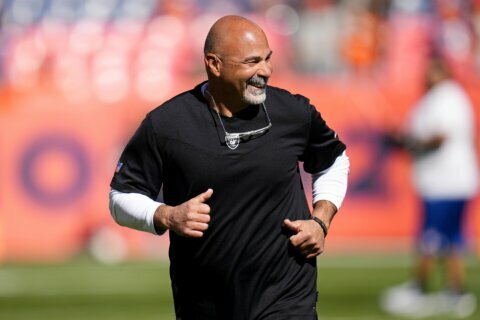 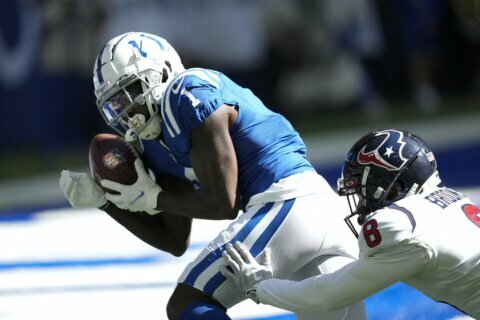