Collins — who was the No. 16 overall pick in April’s draft — pulled down Tony Pollard for a 2-yard loss on the game’s opening drive to spark an encouraging night from Arizona’s defense. The linebacker is expected to pair with second-year linebacker Isaiah Simmons to anchor the middle of the defense this season.

“For the plays that we got, I thought we executed pretty efficiently as a defense,” Collins said.

Prater made a 47-yard field goal as time expired to win the game. That followed a 48-yarder that he made with 1:51 remaining in the fourth to tie it at 16-all. The two-time Pro Bowler has been in the league 15 years and spent the last seven with the Detroit Lions before signing with the Cardinals during the offseason.

“He’s been doing that for years in big, big games,” Arizona coach Kliff Kingsbury said. “We’re all thrilled with him. He takes his craft very seriously.”

Ben DiNucci threw a 1-yard touchdown pass to Brandon Smith midway through the fourth quarter to give the Cowboys a 16-13 lead. DiNucci played in three games for the Cowboys last season, starting one.

“We have a lot to clean up,” Cowboys coach Mike McCarthy said. “A lot of our young guys played a ton of football, so it will be great video to evaluate.”

It was the first preseason game for the Cardinals and second for the Cowboys, who lost to the Steelers 16-3 in the Hall of Fame game last week.

Most of the stars from both teams — including Cardinals quarterback Kyler Murray and Cowboys quarterback Dak Prescott — didn’t play on Friday. Prescott has been bothered by a right shoulder sprain that’s limited his time on the field in camp.

Eno Benjamin ran for a 6-yard touchdown to give the Cardinals a 10-3 late in the second quarter. Quarterback Chris Streveler ran for 23 yards on the previous play, slicing through the middle of the Cowboys’ defense to set up Benjamin’s scoring run.

Benjamin was a seventh-round pick in 2020 out of Arizona State and vying for a roster spot.

Cowboys rookie linebacker Micah Parsons made four tackles. He was the No. 12 overall pick.

“I would put it in the category of significant, but until we get he scans and a full diagnosis I don’t have a timeline,” McCarthy said.

Cardinals running back Jonathan Ward had an ankle injury in the third quarter. … Safety Chris Banjo had a hamstring injury in the second half.

The Cardinals will travel to face to Cowboys on Jan. 2 in Week 17 of the regular season.

The Cowboys host the Texans in a preseason game on Aug. 21.

The Cardinals host the Chiefs in a preseason game on Aug. 20. 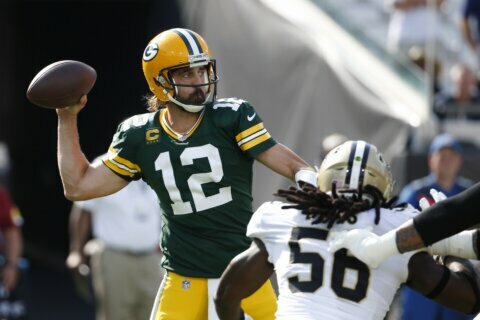 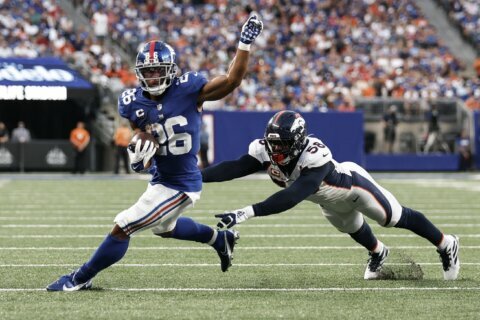