NEW ORLEANS, LOUISIANA - DECEMBER 23: Ben Roethlisberger #7 of the Pittsburgh Steelers runs the ball during a game against the New Orleans Saints at the Mercedes-Benz Superdome on December 23, 2018 in New Orleans, Louisiana. (Photo by Sean Gardner/Getty Images)

To kick off Fantasy Week, Chris Cichon brings you two veterans you shouldn't sleep on in your later rounds and who could make a big impact this year.
Listen now to WTOP News WTOP.com | Alexa | Google Home | WTOP App | 103.5 FM

Welcome to Fantasy Week at WTOP.com, where we’ll be rolling out fantasy football related content to help you with your draft strategy, team names and more.

My name is Chris Cichon (aka Big Chee) and I will be hosting a new WTOP fantasy sports podcast called “The Big Chee Show” every week starting in the near future. The first episode of will feature EstablishTheRun.com’s Evan Silva, so keep an eye out for that.

In the meantime, do you have a draft this week? There are two 37-year-old veterans — one coming off a career year and one that had a year to forget in the TV booth — that I am recommending drafting based on their current average draft position (ADP).

ADP will be based off the scoring for the High Stakes FootballGuys Players Championship so far in the month of August.

Not a single other QB threw more passes, completed more passes, or accumulated more passing yards last year than Roethlisberger. In fact, Big Ben has never thrown the football more than he did last year at age 36, his 15th season in the league. He’s proven durable, as he’s missed just one game in the last two seasons.

Only Green Bay drew up more passing plays in 2018 than Pittsburgh’s offense. Randy Fichtner is entering his second season as the Steelers’ offensive coordinator, and ESPN’s Mike Clay projects that Big Ben will still throw 600+ pass attempts. Yes, even with Antonio Brown in Oakland.

The expectation is that Big Ben’s numbers will take a slight dip because you can’t just replace a WR like A.B., who led the league in receiving TDs in 2018 and has scored double digit TDs in four of the last five years.

However, Juju Smith-Schuster already has shown signs that he is not only a WR1, but one of the best wideouts in the game at only 22. He finished tied for sixth in the league in receptions in 2018 and had the fifth-most receiving yards.

Donte Moncrief was acquired in the offseason and has recovered from a finger injury, appearing to have gained the trust of Big Ben even with the setback. Moncrief, along with wide receiver James Washington (who the Steelers took in the second round last year) and tight end Vance McDonald should absorb the massive target share vacated by A.B.

Mumble “No Antonio No Cry” to the tune of Bob Marley’s “No Woman No Cry” when selecting Big Ben in your drafts. He doesn’t have to be your QB1 but if you wait on a QB and draft someone like Russell Wilson or Jared Goff you can alternate two QBs on your roster based on the matchup.

Maybe it wasn’t nice to write that about Witten in the second paragraph, but even Witten admitted to some of the difficulties he faced during his only year in the booth with ESPN’s Monday Night Football. Now Witten’s back on the football field for his 16th season, and he should be back on your fantasy roster too.

The last season Witten played in was 2017, when he was TE10 in standard leagues and No. 9 in PPR. The familiarity should still be there with QB Dak Prescott — in 2016-2017 Witten caught 132 balls from Prescott. It’s not like Witten has much competition for first team tight end in that Cowboys offense, either. Blake Jarwin led the position last year with 28 receptions and only caught more than four balls in a game twice last year.

While Big Ben can be drafted as your QB1 in 12-14 team leagues, you’re drafting Witten as your backup tight end. Looking at some of the other TEs in his ADP range, would you really rather have a guy like Mike Gesicki, who struggled in training camp for the lowly Dolphins? Stash the fresh vet and insert him into your lineup during your starter’s bye week. 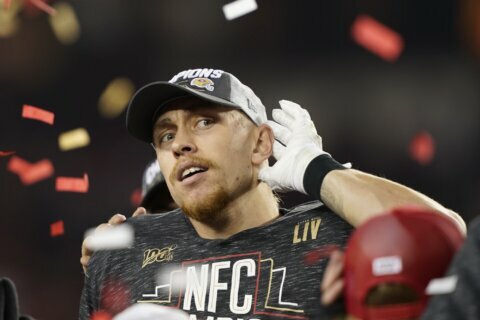 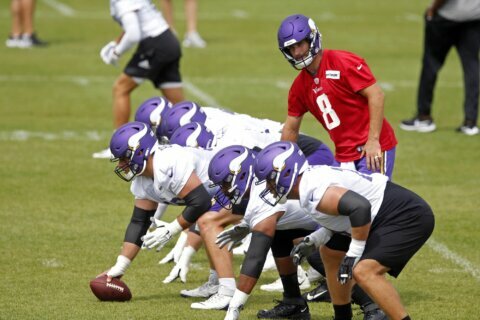 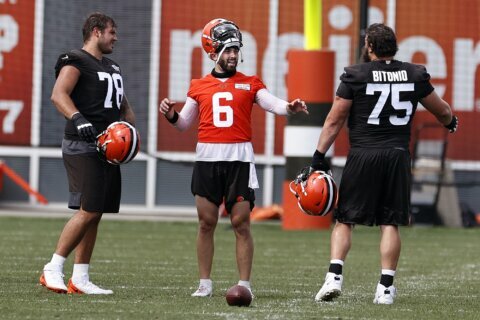 Browns’ Mayfield admits he was ‘lost’ in chaotic 2019 season