Let's be real, here. The New England Patriots are going to win their 10th straight division title — and it won't even be close.
(1/4) 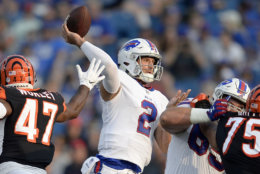 The offseason was an unusual one in New England, with an uncharacteristic amount of negative headlines surrounding one of the most stable franchises in professional sports. Rumors of Tom Brady and Bill Belichick on the outs, former players taking shots at the organization on the way out, and Julian Edelman getting dinged for violating the league’s drug policy.

If losing Edelman to a four-game suspension wasn’t enough, Danny Amendola took his talents to South Beach and first-round rookie tackle Isaiah Wynn is out for the season, leaving the 41-year-old Brady a bit vulnerable (not to mention underappreciated).

That said, these are the Patriots. Cordarrelle Patterson had a great training camp. Belichick with a competitive defense is one of the safest bets in all of sports. Bank on New England cruising to its 10th straight division title — and 16th in 18 years — but coming up short of the Super Bowl, as Brady and Belichick have yet to return to the big dance the season after losing it.

After a miserable search of 40-plus years, the New York Jets have finally found the heir apparent to Joe Namath. Maybe. They hope.

Nine years after trading up for Mark Sanchez, the Jets again traded into the draft’s top five to wade in the USC QB waters, selecting Sam Darnold third overall. Despite their best efforts to undermine their own pick, Gang Green will make the 21-year-old Darnold the youngest QB in the Super Bowl era to start on opening day.

The Jets are so certain of their investment and the feedback on him so good, the team dealt fallback option Teddy Bridgewater to New Orleans, leaving Josh McCown as the primary backup. Isaiah Crowell is a good running back that languished on bad Browns teams, so he should be a fine upgrade and solid compliment to Darnold’s passing game.

Even if Darnold has the goods, the defense could hold the Jets back. The unit ranked in the bottom third of the league last season, and while Trumaine Johnson is a nice addition to the secondary, the D-line has to hope for big contributions from some young players after giving up on Muhammad Wilkerson and Sheldon Richardson. The Jets might fare well against division foes outside of New England, but they’re still a year or two away from where they want to be.

What a weird offseason for Buffalo.

With a little help from Cincinnati, the Bills ended the NFL’s longest playoff drought, earning a postseason berth for the first time in 17 years. Yet the QB of that team, Tyrod Taylor, was dealt to the Browns to try to end their 16-year playoff drought — the new longest spell in the league.

So the Bills kept Nathan “The Human Turnover” Peterman, traded for unproven unicorn A.J. McCarron (who thinks a meaningless preseason comeback is “legendary“) only to trade him to Oakland, and traded up to select Josh Allen in the first round of the draft — all to settle on Peterman, while fans are loving someone else’s QB better than any of their own. Like I said: Weird.

Aside from the questions under center, there’s just as many in the center of the offensive line, where longtime fixture Eric Wood retired and Richie Incognito is gone. As if that weren’t enough, LeSean McCoy just turned 30 and is coming off a summer full of legal problems.

The Bills are also biting the 76ers’ famous motto, perhaps the most obnoxious aspect of their offseason from the Twilight Zone. Their middle-of-the-road defense didn’t get noticeably better, so methinks the famous line from The Waterboy will be uttered pretty regularly in Buffalo.

Miami’s roster is better defined by who’s gone, rather than who’s actually still on it.

Big name talents like Jarvis Landry, Ndamukong Suh and Mike Pouncey are in other uniforms, but from a chemistry standpoint, that’s probably for the better. In their place, the Dolphins added “alpha dogs” like Frank Gore, Danny Amendola and Josh Sitton, who is — um, well, colorfully moving positions and whatever else.

Of course, that culture change means little if the quarterback play is lackluster again. The Jay Cutler Experiment failed so now it’s back to Ryan Tannehill, who returns from a season-ending knee injury playing at “ludicrous speed.” Considering his backup is the aptly (and unfortunately) named David Fales, he’ll need to stay healthy if the Dolphins will stay afloat.

Last year’s 29th-ranked scoring defense added some pass rush by trading for Robert Quinn, who gets to move back to his more familiar role as a defensive end in a 4-3 alignment. Minkah Fitzpatrick could be a difference maker in a secondary that could be starting to think about life without two-time Pro Bowler Reshad Jones.

Miami’s season will come down to how they fare down the stretch; the Dolphins’ final five games are against 2017 playoff teams, including three conference finalists. A poor late-season performance will not only keep them home for the holidays, but in the basement of a non-competitive division. 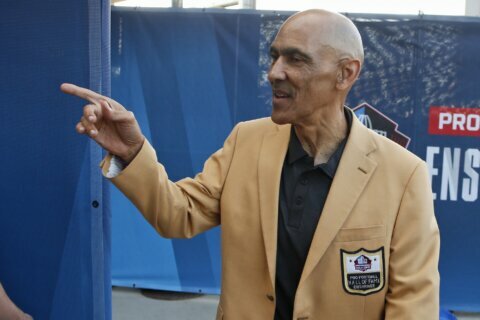