Holidays: 'Enchant' shines with millions of lights in Nats Park | Where to see holiday lights | Send in photos of decorations | How to give greener this season
Home » NFL News » Bad Brains: Inside football's… 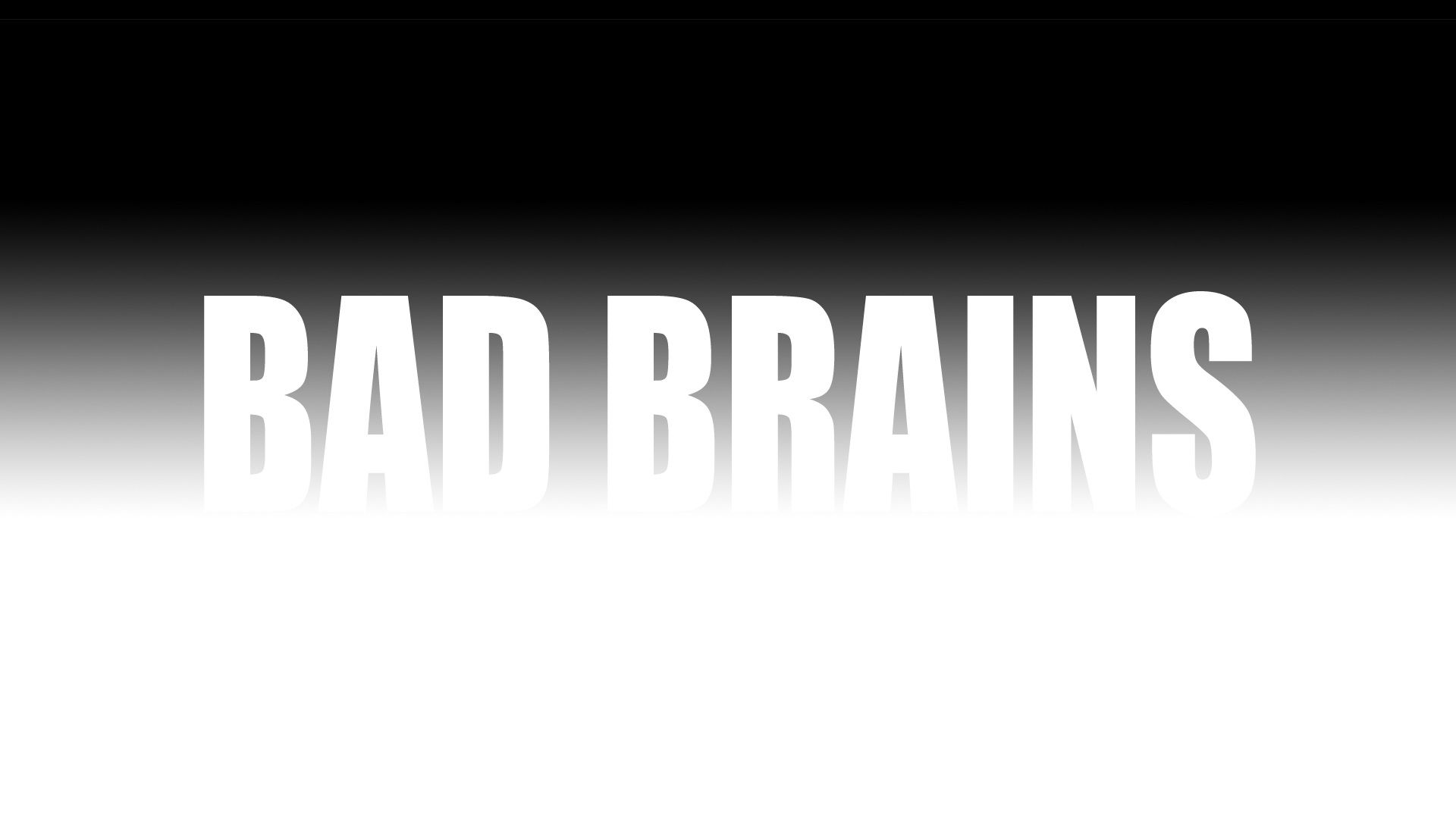 In the first of a four-part special report, WTOP examines the issue of brain injury in football and what's being done about the sport's concussion crisis.
Listen now to WTOP News WTOP.com | Alexa | Google Home | WTOP App | 103.5 FM

This is the first part in WTOP’s “Bad Brains” special report examining brain injuries in football, what doctors know about them and what’s being done to make the game safer.

That was the blunt title of the December 2015 editorial in The New York Times from Dr. Bennet Omalu, the Cassandra of brain injury in America’s most popular sport. Depending on the reader’s personal experience, it was laughable overreach, a confirmation of worst fears, or, for many, simply the latest piece of frightening rhetoric about a topic that affects millions of Americans but few truly understand.

“This really is not a concussion problem — it’s an information problem,” former NFL lineman Scott Peters told WTOP. “When you take a problem like concussions, it creates a lot of fear when you don’t have a clear-cut answer. And so the average person is going to withdraw.”

And while concussions are a risk in every athletic activity, football presents a unique dynamic.

WTOP’s four-part special report, “Bad Brains,” will look at some of the people who are on the forefront of trying to create a safer game on every level, from Pop Warner to the NFL — devising better technique, designing better equipment and studying how the brain is affected by football.

The most crucial starting point is to differentiate between head injury and brain injury in football. In decades past, the sport has made changes to focus on reducing the former. The introduction of helmets has been the most significant step to protecting the outside of the skull, and there has been a sport-wide emphasis on keeping the head up when tackling to help avoid catastrophic spinal injuries. Hitting an opponent with the crown of the helmet is now a 15-yard penalty in the NFL and college football, accompanied by an immediate ejection in the latter.

But the sport is just at the beginning stages of understanding what it really means to suffer a brain injury such as a concussion and how to treat it.

“I think that it’s important that we are starting to recognize concussion as a brain injury, and that that’s an important piece to help highlight that it may just not be a benign rite of passage,” Dr. Stacy Suskauer, co-director of the center for brain injury recovery at Kennedy Krieger Institute and medical director of its concussion clinic, told WTOP.

“This really is not a concussion problem — it’s an information problem.”
— Former NFL lineman Scott Peters

It’s also vital to separate the difference between concussions and chronic traumatic encephalopathy (C.T.E.), the degenerative brain condition Omalu discovered in 2002. The two are often conflated; the fact that the film regarding the discovery was called “Concussion” probably did little to help that. A concussion is a brain injury suffered from a sudden movement to the head that may or may not result in loss of consciousness. C.T.E. is a condition that builds over time as a result of concussions and sub-concussive hits, but doctors and scientists are in the infancy of research on how these conditions evolve and what risk factors make people more or less susceptible to symptoms.

What we know about C.T.E.

In July, it was revealed that of 111 brains of former NFL players studied, a staggering 110 of them showed signs of C.T.E. Even when one takes into account the self-selecting nature of this sample, the numbers are crushing. The study also included high school and college players’ brains, with 87 percent of the 202 studied testing positive. The milder cases tended to occur in the younger brains that had been less exposed to the sport, seemingly corroborating a Boston University study that found players exposed early on to tackle football (specifically before the age of 12) were more likely to have greater later-life cognitive impairment.

C.T.E. is believed to be caused not simply by concussions in the way we may think broadly about them — getting knocked out — but by the sub-concussive hits that can occur upward of 60 times every single game, not to mention an untold number more in full-contact practice. These hits cause naturally occurring tau proteins to break off and collect in the folds of various parts of the brain, which can lead to a wide range of impairments, memory loss and drastic swings in mood. But there’s still much the medical community simply doesn’t know about exactly how these protein buildups cause these issues, or what other factors might put certain people at higher risk of certain symptoms.

Football is one of two American sports in which routine head contact is not simply incidental, but a primary feature of the action. The other is boxing, a sport rooted in ancient Greece and still practiced by all classes of society until fairly recently. It has fallen out of favor with the higher economic classes of society, especially since the American Medical Association’s call for a ban on the sport in 1983.

“Like football, [boxing] is a sport where, as part of the sport, [you are] repetitively hit in the head,” said Suskauer. “So we can really think about those two sports as collision sports, and I do think they’re different from other contact sports, in terms of the risk.”

Before C.T.E. had a name, there was dementia pugilistica, a similar form of degeneration in brain function caused by the repetitive blows to the head associated with boxing (“pugil” is Latin for “boxer”). Football has not reached the crisis point that boxing did several decades ago, nor has the medical community collectively decried it as unsafe.

But the data is pretty clear that football players suffer brain injury at a higher rate than other sports. A 2011-12 study of youth football showed that concussions comprised 54 percent of all severe injuries suffered over two seasons. A 2015-16 study of Prince William County middle school athletes published in the American Journal of Preventive Medicine found that the incidence rate in football was far higher than other sports, making up nearly 80 percent of all concussions suffered in boys’ sports.

While Suskauer says she would personally direct her kids to other sports, she doesn’t condemn football.

“Part of what I do is help kids get back to football … We’re not anti-football,” she said. “At this point, I don’t think we have enough medical data to say, for any particular child, it’s not safe to play football.”

A science in progress

One of the biggest problems the sport still faces, despite recent progress, is a dearth in understanding the many ways the brain works when it is injured. As leagues from the youth level to the NFL scramble to implement more stringent concussion protocol for players who have suffered potential brain injury, it remains something of guesswork as to when exactly a player has recovered to the point where they can return to activity.

“We do not have a great set of tools in our toolbox right now to help definitively diagnose when someone has suffered a concussion and when it’s safe to return to play,” said Dr. Shane Caswell, co-director of the Sports Medicine Assessment Research and Testing Laboratory at George Mason, who has been studying brain injury in youth sports for 15 years.

“We still don’t quite know what hit is too much.”
— Dr. Stacy Suskauer, Kennedy Krieger Institute

Aside from the problem of players themselves actively trying to cover up symptoms to try to get back into the game, there can be unintentional masking of serious problems caused naturally by the brain as a survival instinct. One side of the brain may adjust resources to compensate for damage, potentially exposing the brain to even greater damage if it’s hit again.

“Essentially, a child may come in and look fully recovered, and what we can’t see is that their brain is working in a different way to support that behavior,” said Suskauer.

Both Suskauer and Caswell are working to try to create practical tests that can try to decipher such damage on the sidelines. Aside from avoiding the use of expensive medical equipment like MRI machines, it is vital to have a system in place that trainers can use within the confines of the playing field to make safe, accurate, snap judgments. Of course, in order to do that, you have to have properly-trained medical staff in place who are empowered to make the final decision on player safety, not leaving it in the hands of coaches.

“[That’s] not always easy, since you’re working with a lot of moms and dads, who are coaching as their second job, and they are volunteers,” said Caswell.

Adopting universal concussion protocols are a good start. Each state now has legislation requiring a concussion program for public schools. There is also an international consortium of scientists that have put together a Sport Concussion Assessment Tool specifically for children ages 5-12, which they updated in March to its fifth edition (SCAT 5).

Caswell considers the SCAT 5 a valuable resource for diagnosis and treatment, but brain injury is particularly tough to address given its wide range of outcomes and presentations. There’s no easily definable limit for force that causes a concussion, nor does every brain respond the same way to the same force. The Centers for Disease Control and Prevention report says Americans suffer anywhere from 1.6 million to 3.8 million sports-related concussions each year, a number that illustrates not just how widespread the issue is, but how difficult the assessment process can be in determining if a concussion has actually occurred.

“We still don’t quite know what hit is too much, what load of hits is too much,” said Suskauer.

There’s an added set of variables when dealing with young, developing brains. Not only does a young brain respond differently to certain circumstances than an adult one, but two children on the same team might be at different stages of their own physical development.

“There is very little data in the research literature on youth sports as a whole and even less data on concussions in youth sport,” said Caswell. “And so we just don’t know very much about that population. And it’s somewhat tragic. Because when you think about participation in youth sports, that is where the greatest number of athletes are, participating in youth sports.”

That answer may not allay parental fears, and for some, the quantities of unknowns may simply be too much to allow their kids to play. But the sport is making inroads, tackling the issue from just about every conceivable side, from reducing contact in practices, to better technique and advances in equipment.

If there’s one thing everyone WTOP spoke to for this series seems to agree on, it’s that there is no uniform, simple fix for the crisis of brain injury in football.

“This is a complex issue, and I don’t think there’s any one, single solution,” said Caswell. “It’s going to be a multifaceted effort through equipment, technique, changes in behavior, proper education for moms, dads, and coaches, and officials.”

Part III: Can technology save football?

Part IV: Can football and its players recover from the concussion crisis?

Today in Sports History-Rice is NFL leader in TD receptions

49ers’ Jimmy Garoppolo out for season with broken left foot