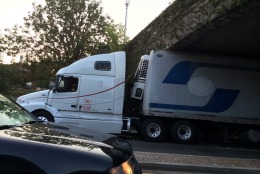 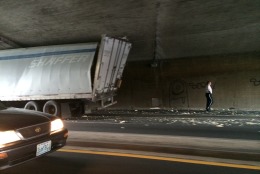 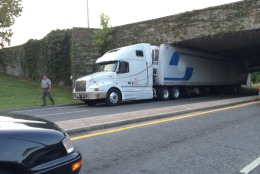 WASHINGTON — A truck got stuck under an overpass on Rock Creek Parkway Friday morning, causing the northbound lanes to close during the morning commute.

A commercial truck was stuck under an overpass, closing the lanes between K and 23rd streets at about 6 a.m. The lanes were closed as of 11 a.m.

Road crews offloaded pallets of fruit from the damaged truck, which was removed by 9:30 a.m.

Trucks are not supposed to drive on the parkway because of the low clearance on the overpasses. The overpass involved in the crash has an 11-foot clearance.

It is not yet clear if anyone was hurt during the crash.

Peshawar, the city of flowers, becomes epicenter of violence