Imagine a world without Styrofoam containers.

Are you envisioning burning your hands on orders of hot wings or lugging home lo mein in a purse? Proponents of a Montgomery County polystyrene ban say, “relax.” Chances are most people have patronized businesses that banned polystyrene and used substitute packaging without even thinking about it.

Julie Lawson is the director of the Trash Free Maryland Alliance and says since the District of Columbia enacted a ban on polystyrene, she’s talked to a number of affected businesses. Many say their distributors already carry alternatives to Styrofoam. Some replacements include rigid plastic or paperboard containers.

“For them, it’s just changing the product that they’re ordering from the same company,” she says.

Montgomery County is considering banning polystyrene. A bill to do that was introduced Tuesday before the County Council. Lawson says foam makes up nearly 40 percent of the volume of trash that turns up in the Anacostia River.

As part of the Anacostia watershed, Montgomery County is connected to that trash flow. Lawson and other proponents of restricting the use of polystyrene say reducing the trash that ends up in area waterways could help Montgomery County’s bottom line. Every year, the county spends millions cleaning pollutants from rivers and streams.

“The more that we can get away from a littering lifestyle and take those persistent pollutants out of our society, we’re gonna reduce those costs on the other end also,” Lawson says. 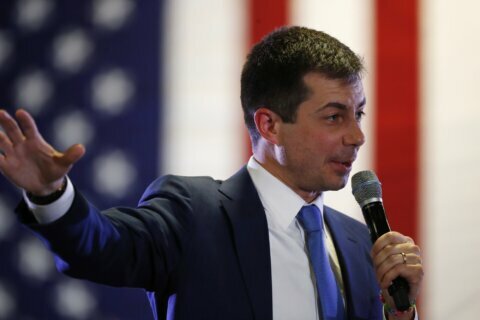