In 2000, Harold Mintz gave the ultimate gift: He became the first person in the Washington area to donate a kidney to a stranger. Now, his generous act is being studied by researchers, eager to shed light on his compassionate behavior.

WASHINGTON — In 2000, Harold Mintz gave the ultimate gift: He became the first person in the Washington area to donate a kidney to a stranger. Now, his generous act is being studied by researchers, eager to shed light on compassionate behavior.

Mintz says his decision to donate an organ was one that began years before his surgery. He was influenced by everything from a blood drive, to a chance meeting with the elderly parents of a woman with leukemia, whose search for a bone marrow transplant ended in failure and, ultimately, her death.

Then, on a cross-country flight, Mintz watched a movie about a teenage football player who donated a kidney to his grandmother. The last image on the screen was a phone number to find out more about organ donation.

That number led Mintz to a pilot program in D.C. for people who wanted to donate to patients they didn’t know. The program was a long and complicated process for the would-be donors — it included a complete psychiatric work up.

“The first test they gave me? Let’s send this guy to a psychiatrist because who wakes up one day and says, ‘Hey, let’s start giving away body parts!'” Mintz recalls about his experience in the program.

Harold Mintz was featured on the cover of Parade Magazine for donating his kidney to a stranger. (Courtesy Harold Mintz)

Much to his surprise, Mintz was the first donor selected for the experimental program. Shortly after, he was on an operating table at MedStar Georgetown University Hospital, where a transplant team removed his left kidney and rushed it to a waiting recipient.

About a dozen years after the surgery, Harold Mintz is back at Georgetown University Medical Center. This time, researchers want to take a look at his brain.

“We brought 19 altruistic kidney donors to Georgetown to conduct brain imaging and behavioral research with them,” says psychology professor Abigail Marsh, one of the leaders of the research team.

Marsh was already looking at psychopaths, trying to find out if there is something deep in their brains that lead to their anti-social behavior. She decided to take a look at the other end of the spectrum and see if there might be a difference in the brains of people who are extremely compassionate and caring.

The Georgetown researchers found there is, indeed, a difference. Altruistic kidney donors — such as Harold Mintz — have larger amygdalae, a portion of the brain dealing with emotion and empathy. In contrast, psychopaths have amygdalae that are much smaller than normal.

Mintz says the study — published in Proceedings of the National Academy of Sciences — is important, but admits he still believes it was the events of a lifetime that led to his decision to be a kidney donor.

He does concede his heart is “larger” since the surgery because he helped save a life. He is especially proud of a Parade Magazine cover from a few years back that shows him with Gennet Belay, the Ethiopian refugee who got his kidney.

“We’re connected in a very strong and obvious way,” Mintz says. The two families get together from time to time when Mintz — who moved after the transplant from Arlington, Virginia, to California — returns to the East Coast.

Belay, who was once on dialysis, has a new lease on life.

“This is a fairy tale — it has a beginning, it has a once upon a time, and it definitely has a happily ever after,” Mintz says. 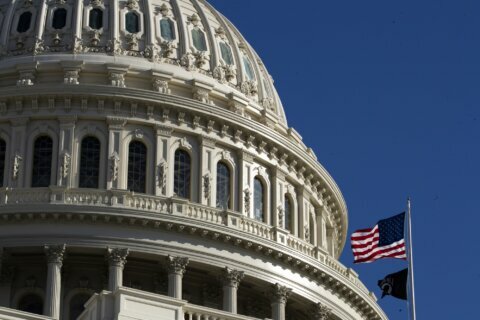