Most of the stores are still boarded up and men in hard hats are busy at work, but a sneak peek reveals that the long awaited transformation of Springfield Mall to Springfield Town Center is nearly finished.
Listen now to WTOP News WTOP.com | Alexa | Google Home | WTOP App | 103.5 FM
(1/6) 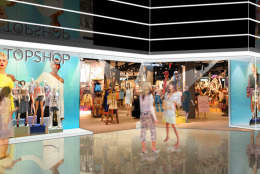 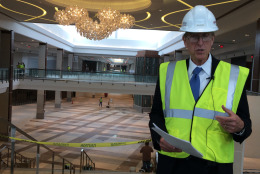 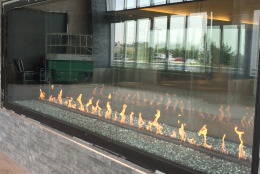 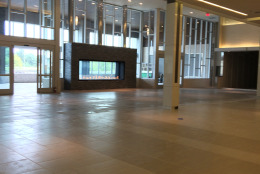 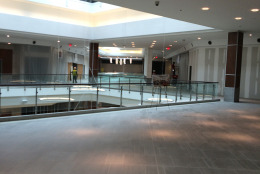 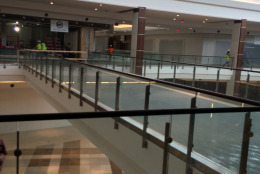 SPRINGFIELD, Va. — Most of the stores are still boarded up and men in hard hats are busy at work, but a sneak peek reveals that the long awaited transformation of Springfield Mall to Springfield Town Center is nearly finished.

“We’ve completely renovated the mall from top to bottom. Every surface you see inside, the old will have been taken away and the new provided,” says Bob Byrne, senior vice president of development for Vornado Realty Trust, developers of Springfield Town Center.

Vornado spent $250 million sprucing up the Springfield Mall, which closed in 2002.

The two-level shopping space, which opens on Oct. 17, features broad, tiled walkways and skylights provide natural brightness. There are areas to sit and relax and stations to recharge cellphones and tablets. The renovators say their aim was to create social space as well as a place to shop.

While the anchor stores, Macy’s, Target and J.C. Penney remained open through the renovations, Springfield residents missed the mall.

“This is a point of civic pride in Springfield. It always has been and it always will be. Our community cares about this town center,” says Jeff McKay, Fairfax County Board of Supervisor who represents the district where the shopping center is located.

He expects shoppers from throughout the area to visit.

“This will be a magnet for people, not just in Fairfax County, but throughout the region,” McKay says.

“It’s worth noting that Suite Blanco … will be one of its first stores in the United States,” says Joseph Coradino, CEO of Pennsylvania Real Estate Investment Trust, which will operate the shopping center.

Suiite Blanco, based in Spain, sells women’s casual fashion. Another new retailer is Topshop, a women’s clothier based in Great Britain that is opening the first of its stores in the Washington area.

The 12-screen Regal Cinema features powered reclining seats and a cocktail lounge. For shoppers who get hungry, there’s a Maggiano’s Little Italy, Yard House and other restaurants.

The food court includes a porch dining area where windows can be opened when the weather’s right and a glass-enclosed gas fireplace to provide ambiance year round. Apparently there’s room for increased shopping opportunities in the Washington area.

“Washington is the fourth largest retail market in the country. Our trade area, as we defined it, has over 800,000 households — average incomes of $117,000 — twice the national average,” says Byrne.