So many people lost air conditioning in the 2012 derecho that it seems appropriate to mark the anniversary with a cold one.
(1/3) 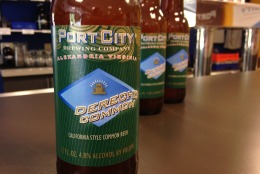 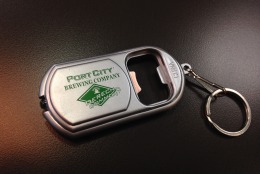 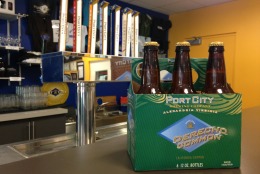 WASHINGTON — Almost two years ago, most D.C.-area residents learned a nasty new word: derecho. The June 29, 2012, storm left behind extensive damage and knocked out power to more than one million customers.

So many people lost air conditioning that it seems appropriate to mark the anniversary with a cold one.

“You never mess with Mother Nature,” says Bill Butcher, founder of Port City Brewing Company in Alexandria. The brewery lost power for days after the storm, causing a batch of beer to get warmer than planned.

Thankfully, the brewery eventually got its hands on a backup power generator, and the batch was salvaged and named Derecho Common.

The accidental brew was a hit, so the brewery brought it back last summer, and it’s returning for its third year with a small change.

“It’s still a crisp and delicious beer that’s fermented at 70 degrees again, but we changed the hop profile. We decided to celebrate our favorite hop here at our brewery — the centennial hops, which is a specific style of hops that’s grown in the Pacific Northwest. [It] has a very refreshing, citrusy orange character,” says Butcher.

The beer will be available to the public for the first time starting at 3 p.m. Friday in the brewery’s tasting room.

The first 100 people who buy a Derecho Common at the release party will get a very appropriate freebie: a combination flashlight and bottle opener.

“It’s one tank of beer; it’s available for a limited time, and it’s kind of become our little summer tradition here at Port City Brewing Company.”

Next week, the beer will begin to appear at area craft beer bars and on shelves at retailers including Whole Foods Market, Total Wine and Beverage and some Giant Food stores.

Asked whether Derecho Common will reappear in the future, Butcher says he hasn’t decided.

“People have been really excited about the release of this beer; we’ve had a lot of people asking about it, and you never say never. We’ll just see how it goes this year, and if people want us to bring it back, then that’s what we’ll do.”

Trump looks to rev up his base at Daytona 500