Car Report: The Cadillac Vsport has made great strides 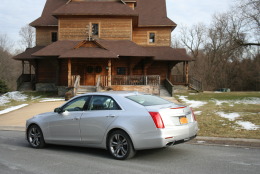 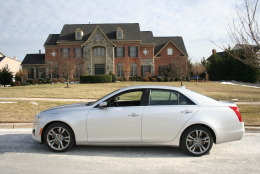 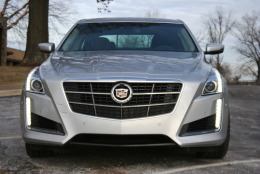 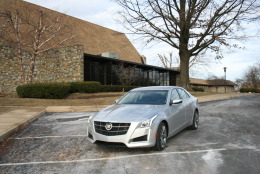 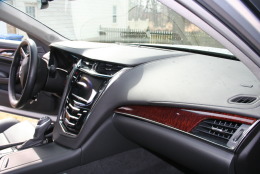 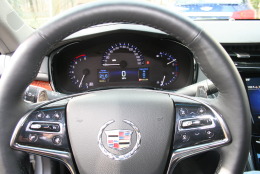 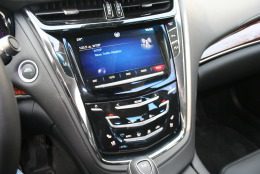 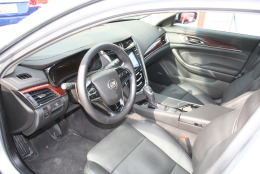 WASHINGTON – GM and Cadillac have been on a roll lately; I recently drove the North American truck of the year, and next up is the award-winning Cadillac CTS. Not just any CTS, but the Vsport, with 420hp eight-speed automatic, an honest mid- size luxury car.

Cadillac sent the new CTS to weight management class and made a larger luxury car that’s one of the lightest mid-size luxury sedans today.

Let me take you back to 2004, when the first Cadillac CTS-V was released: I wanted one. With 400 horsepower, what could be better? Then I went and drove it and was put off by the interior, which didn’t live up to the $43,000 price tag. I had also driven the 2004 Pontiac GTO, which had a nicer interior and was nearly 10 grand cheaper.

I bought the Pontiac and still have it. The CTS Vsport, the 2014 Motor Trend car of the year, might just change my mind about the Cadillac.

Ten years has changed everything! The third generation of the CTS is a stunner inside and out. Cadillac has come to the party with the Germans, who have been the power players in the mid-size luxury car segment for years. The new larger CTS starts at around $45,000, which is very competitive, but costs more than the last CTS.

Driving in the new CTS Vsport is a pleasure. It really is as good or better to drive than anything I have driven in its class. The interior is so much better than in the past and the materials are first-rate – they feel nice and are soft to the touch.

It has interesting-looking angles on the dash and on the center stack. It’s not a stark and sterile cockpit, like the competition. There is finally room for five in the CTS thanks to a larger wheelbase and more interior room. Gone are buttons and knobs, replaced by a touch screen for the radio/navigation and the climate control, called CUE. I found the system pretty easy to use, and only the volume and fan control was slow sometimes. The controls are also on the steering wheel.

I just wish a sunroof wasn’t part of the $10,000 premium package. It comes with many high-tech toys and an even nicer interior, but with that package it pushes the price up to the outgoing CTS-V range. For some (probably just me) the addition of 556hp and a manual transmission option would be hard to pass up.

But the biggest surprise comes when you sit behind the wheel and drive it. You can drive it on relaxing cross-country trips like any mid-size luxury sedan, or rip through corners and put the 420hp to work, because the car flat-out hauls. The eight-speed transmission seems to know just what gear you need at the right time and it does it very smoothly.

The Magnetic Ride Control has sensors that read the road and will change the suspension due to road conditions and the type of driving you do. I chose sport mode on twisty back roads, was amazed by the handling and was still very comfortable. I managed 21.6mpg on premium fuel during my week of sitting in traffic and seeking out some back roads. Turbo boost for me is addictive; if you’re easy on the go pedal, better mileage will surely follow.

The new 2014 Cadillac CTS is a real luxury car player now. The price is more than it used to be, but it is worth every penny and still is a value when compared to the competition. The new CTS Vsport is a fun luxury car that can go and turn like a sports car and still coddle you in luxury. If you’re looking for a luxury mid- size sedan, Cadillac has made a winner. You should at least drive it before you make that luxury-car purchase and see what a good car Cadillac has made.

Editor’s Note: Mike Parris is a member of the Washington Automotive Press Association. The vehicles are provided by STI ,FMI or Event Solutions for the purpose of this review.