100 shelter pets come home for the holidays in D.C. 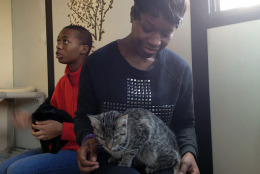 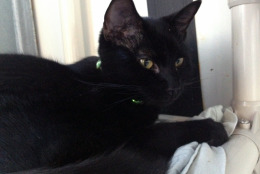 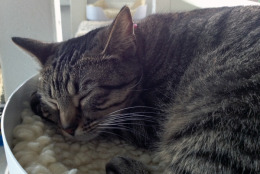 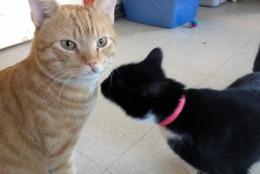 WASHINGTON – “Home for the holidays” — it’s a phrase that carries a lot of emotional weight. And that’s no different at the Washington Humane Society.

Last week, the surge of surrendered pets was capped when 26 dogs arrived within 48 hours. In response, WHS waived the normal adoption fees and invited the public to consider a pet.

Apparently, the thought of homeless animals during the holidays tugged the heartstrings of many Washingtonians who showed up at the WHS’s New York Avenue Shelter to adopt a pet: 100 adoptions were logged by 4 p.m. on Christmas Eve.

Stephanie Shain, Chief Operating Officer at the WHS, explains that for whatever reason, it’s not uncommon for families to surrender their pets right before Christmas. She says the two common phrases shelter officials hear this time of year are “I just can’t keep him anymore” or “We just don’t have time for them anymore.”

But Shain explained the standard screening process was still being employed: No one wants to see pets cycle in and out of shelters.

Standing in the room the staffers dubbed “Kitty City,” Shain explained, “So we’re talking to people, making sure that they’re really ready and prepared — that they’re not just coming in on a whim with good intentions.”

Latricia Cole was ready to adopt. She picked out the cat she knew would be her perfect crochet partner, a quiet, older orange tabby named Corduroy. She explained his appeal as he sat serenely in the middle of the bustling cat room.