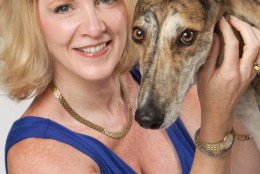 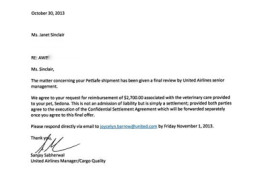 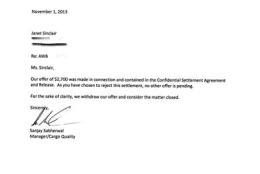 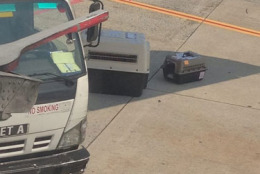 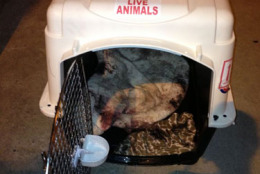 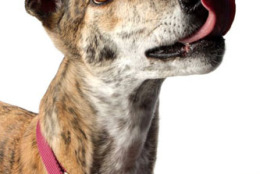 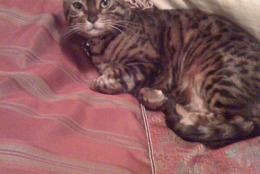 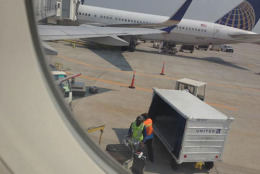 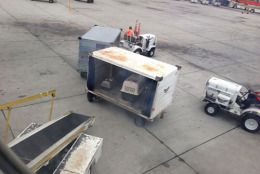 WASHINGTON – The promo video made it sound like a party.

United Airlines promised Arlington-resident Janet Sinclair’s dog and cat would get comfort, care and climate control. That’s why Sinclair says she chose United Airlines’ PetSafe program to move across country with her rescued greyhound, Sedona, and cat, Alika. But looking out her window on the first flight, from San Diego to Houston, she saw her animals being brought out on luggage carts, not the air-conditioned van she was promised.

Sinclair says her pets were thrown around like luggage. “I saw them kick Sedona’s crate 6 times – kick, kick, kick – to get it under the wing of the plane on the tarmac.”

Sinclair paid an extra $684 for comfort stops. But after a three-hour layover in Houston’s 96-degree weather, “there they sat, boiling on the tarmac,” Sinclair says.

Then, finally after 15 hours of travel, they arrived in Boston.

“Sedona’s crate was filled with blood, feces and urine. She was shaking unmercibly. She was in full heat stroke.”

Sedona spent three days in veterinary ICU where the vet said her kidneys and liver were shutting down.

Fortunately, the vet saved Sedona’s life. But another pet owner, Michael Jarboe, wasn’t so lucky. He too used United PetSafe to travel across country with his dog Bam Bam.

“It never crossed my mind they wouldn’t do what they promised,” Jarboe says. But like Sinclair, during a Houston stopover he could see his dog from the window, sitting in his plastic crate on the hot tarmac.

When they got to San Francisco, the cargo manager gave him the news, “The manager came out and all he said was ‘He didn’t make it’.”

Jarboe says United claimed Bam Bam’s death was not their fault. “Those words don’t make any sense,” he says. “I just put him in his crate and he was fine. There was no reason he shouldn’t have been fine.”

Mary Beth Melchior, founder of the nonprofit WhereIsJack.org, says such stories are not uncommon. She says animals are treated no different from your luggage, “and you know how your luggage is treated.”

Her group was founded in memory of a cat named Jack who went missing from an American Airlines flight. He was found 61 days later but was too sick to survive.

“The airlines are getting away with murder,” says Melchior. She says airlines often don’t report lost, injured or missing pets thanks to loopholes and lack of oversight.

United offered to reimburse Sinclair for $2,700 dollars of veterinarian bills — but only if she signed a non-disclosure agreement. She refused. They didn’t pay.

“They do not care,” Sinclair says. “All they want is for me to go away and be quiet. Well, I will not be quiet.”

United Airlines says in a statement, “We are committed to ensuring safe and comfortable travel of all pets that fly with us and regret Sedona did not have a good experience. We offered to compensate Ms. Sinclair by fully reimbursing her vet bill, but unfortunately she declined to accept the terms of the agreement.”

Sinclair created a Facebook page called United Airlines Almost Killed My Greyhound. She and Jarboe now hope to spare others the same heartaches they suffered.

They’ve also started a Change.org petition calling for new federal rules to hold airlines responsible for lost, injured or killed animals. As of this week, it had more than 100,000 signatures.

Still, Jarboe feels haunted. “I put him in his crate and told him, ‘Be a good boy, I’ll be back for you.’ I didn’t keep my promise.”

Democrats swarm industrial Iowa to prove they can beat Trump