Obama and the foot-on-desk controversy

President Barack Obama is ruffling some feathers after photos surfaced of him using the famous Resolute desk as a footstool. But he\'s not the only one who\'s done that.
Listen now to WTOP News WTOP.com | Alexa | Google Home | WTOP App | 103.5 FM
(1/8) 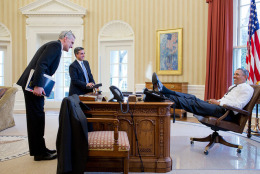 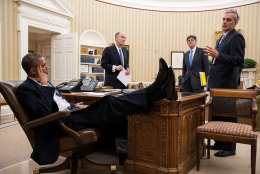 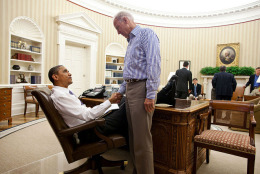 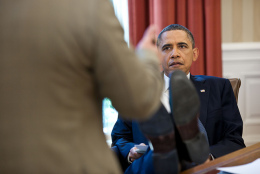 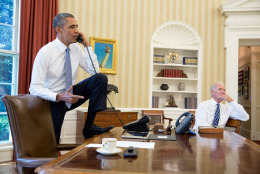 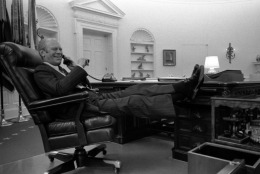 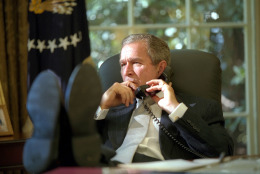 WASHINGTON – President Barack Obama is ruffling some feathers after photos surfaced of him using the famous Resolute desk as a footstool.

But, as it turns out, he’s not the first president to use the desk as a footstool.

See photos of other presidents in the Oval Office in the photo gallery.

Last weekend, the White House posted a picture of Obama resting his foot on the desk while speaking on the phone. Some conservatives responded with outage, calling it disrespectful.

“Does seeing President Obama’s foot on the Oval Office desk make your blood boil?” asked the Tea Party in a tweet.

The Washington Times then posted a gallery highlighting 10 images of Obama propping his feet up on the desk, which was a present from Queen Victoria in 1880.

CNN took to the streets to ask average citizens what they think of the behavior. Watch that video here.

So what do you think? Is Obama putting his foot on the desk a sign of disrespect? Or are some people just overreacting?