Businesses moving into the Watergate — but not the famous floor 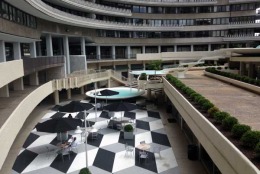 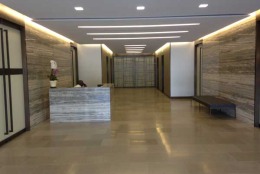 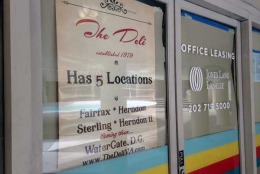 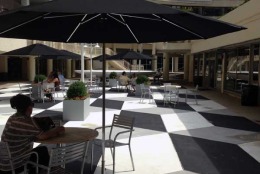 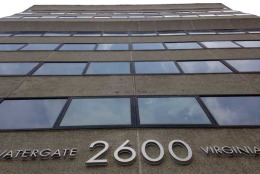 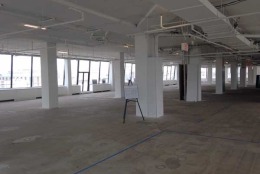 WASHINGTON – A local building synonymous with scandal is about to get people talking again.

At the 11-story Watergate office building, renovations that started last summer are almost finished, and the National Trust for Historic Preservation is set to move its headquarters to the building’s top two floors in just a few months.

About 75 percent of the office space in the building has been leased, but the space on the sixth floor once home to the Democratic National Committee headquarters — and scene of the famous break-in — is still available.

“We have not yet secured a tenant,” Matt Pacinelli, senior vice president at Penzance, a real estate investment company that bought the building in 2011, told WTOP during a behind-the-scenes tour.

“It’s a great block of space on the corner with some nice views,” he added.

The office building’s lobby has received a sleek makeover, and subtle improvements have been made in other places as well.

Although there are no plans to put up a plaque inside the building honoring its history, a plaque likely will be added on a wall in front of the building near the sidewalk.

The Watergate’s shopping areas, also owned by Penzance, also are getting new attention.

An eye-catching black-and-white paver pattern has been added in the dining area, which includes a fountain.

The first D.C. location of The Deli sandwich shop, which has several locations in Northern Virginia, is set to open there, along with a Mediterranean grill.

The West End Library also is moving in, and the space next door would be ideal for a coffee shop.

On top of all this activity, the Watergate hotel is under renovation as well, and is expected to reopen next year with 350 rooms.

“The activity over here will pick up significantly and the buzz and activity and street life will return. And so we’re really excited about that,” Pacinelli said.

Check out renderings of the Watergate remodel: