Police looking for suspect who assaulted girl in Upper Marlboro 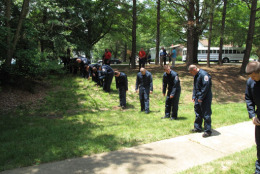 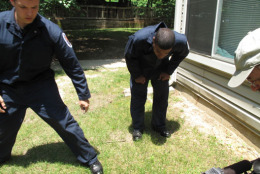 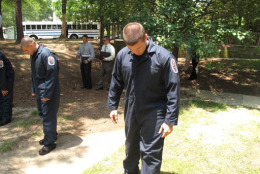 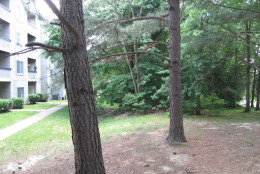 WASHINGTON – Prince George’s County police are still looking for clues after they say a man led a 7-year-old girl into the woods and sexually assaulted her Saturday.

The suspect is described as a balding, older white man with a heavy build and a gray goatee. The apartment complex was busy at the time and police say witnesses could offer more details to help them find the suspect.

“We feel confident that there were people out here who may have seen something or heard something,” says Prince George’s County spokeswoman Julie Parker.

The Prince George’s County Police Department says the girl was assaulted around 3 p.m. Saturday, June 22 on Heathermore Boulevard, in the Marlton neighborhood of Upper Marlboro.

The child was playing with friends on a scooter when she broke away from the group, police said in a Monday afternoon press conference.

“As she did so, a stranger approached her from the woods and threatened her at gunpoint,” Parker said.

Two dozen police cadets scoured the ground in a line Monday, looking for evidence the suspect may have left behind. It is the fourth police search since the assault.

Anyone with information is asked to call the Prince George’s County Police Department’s Sexual Assault Unit at 301-772-4908. Callers who want to remain anonymous can call Crime Solvers at 1-866-411-TIPS (8477), send a text message to CRIMES (274637) or go to pgpolice.org to submit a tip online.

Crime Solvers is offering a cash reward for tips that lead to an arrest and indictment in this case.