Forget the fancy hats, elegant horses and Jack Russell Terriers that will be on display this weekend at the 88th Virginia Gold Cup. Parimutuel betting, in which people put their money into a collective pool, is the real star of this year\'s festivities, the organizers say.
Listen now to WTOP News WTOP.com | Alexa | Google Home | WTOP App | 103.5 FM
(1/6) 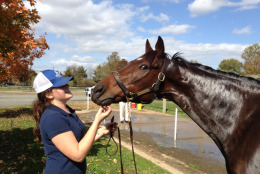 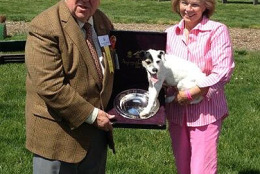 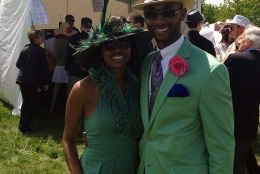 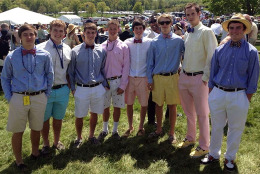 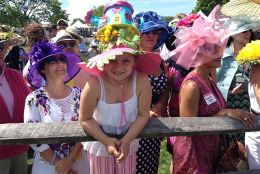 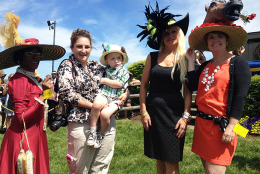 WASHINGTON – Forget the fancy hats, elegant horses and Jack Russell Terriers that will be on display this weekend at the 88th Virginia Gold Cup.

Parimutuel betting, in which people put their money into a collective pool, is the real star of this year’s festivities, the organizers say.

“So many people come out to the Gold Cup and don’t pay attention to the horses anyway because it’s a huge social event,” Vicki Bendure, spokeswoman for the Virginia Gold Cup, says.

“We just thought this would make it a little more fun for those attending, and a chance for more people to pay attention to what’s happening with the horses.”

Attendees looking to test their luck can deposit cash – betting with credit cards is not legal in the state – into one of the 11 self-service stations scattered around the course. Just enter the event, race number and wager amount and then pick from one of the on-screen pools. You can print out your ticket and even make identical bets. If something goes wrong, a live person will be there to help.

Click here to see a sample screen from one of the betting machines.

Organizers hope that the new wager system will encourage people to come out to the race track rather than watch from somewhere else.

“Racing is on the decline,” Bendure says. “They don’t get as many spectators as they used to and as many people out at race tracks anymore because there is so much off-track betting going on.”

With many casinos and bars showing the races, some gambling enthusiasts opt to take their money elsewhere. But the new betting system could bring more people back to race tracks, and it already seems to be paying off. Gold Cup ticket sales are up 20 percent, and most of the more expensive seating is already sold out, Bendure says.

“I don’t know if that’s from the betting or because it was a long winter and people want to get outside, but there has definitely been an uptick in sales,” Bendure says.

The Virginia Gold Cup and the International Gold Cup in October are now the only two steeplechase races in the state to offer betting. Gambling is available at some flat track races such as Colonial Downs.

The Virginia Gold Cup takes place Saturday at the Great Meadow fields in The Plains, Va. Gates open at 10 a.m. Entertainment, including the Jack Russell Terrier Races, start at 11:15 a.m. Opening ceremonies are at 12:15 p.m., and the betting stations open immediately after. The first of seven races kick off at 1:15 p.m.

To get a preview of what the Jack Russell Terrier race will be like, watch this short video WTOP’s Kristi King took at the International Gold Cup last October: