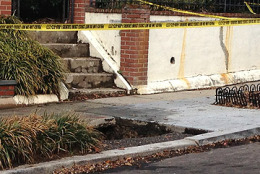 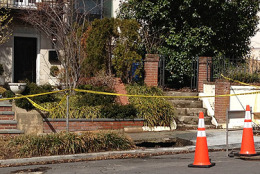 WASHINGTON – Police have closed off a block of a Northwest D.C. street where a sinkhole has opened up in a sidewalk.

The hole in the 1900 block of Biltmore Street NW is about 4 feet to 5 feet wide and at least 10 feet deep. Cars parked in front of a row of houses there were removed.

Wilson Reynolds, a representative for Councilman Jim Graham, says that no one was injured and no property was damaged.

D.C. police tell WTOP that it appears a sewer line collapsed, creating the sinkhole. They did not know how long the block would be closed to traffic.

D.C. Water crews were on scene assessing the damage. D.C. Water provides both drinking water and sewage treatment services in the District.