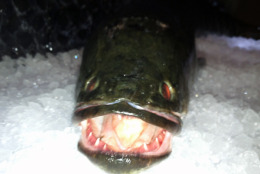 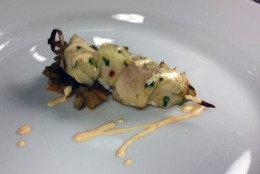 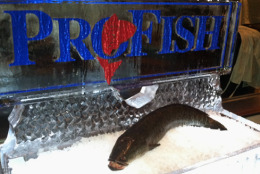 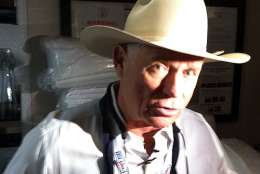 WASHINGTON – Snakehead fish and other invasive species were on the menu Monday night at a sold-out charity dinner in Georgetown.

“Not really pleasing to look at, but once you get past that, you’re in for a very good meal,” is how Redskins legend John Riggins describes snakehead.

Riggins served as a special guest at the “Snakeheads At The Harbour!” event at Tony and Joe’s Seafood Place.

“I’m here because we have to – I don’t want to say eradicate – the snakehead belongs someplace on this planet, just not in the Chesapeake Bay,” said Riggins who hosts a show on the Sportsman Channel called “Riggo on the Range.”

John Rorapaugh is with seafood supplier Profish that put on the event.

He says the whole idea is to get more snakeheads on people’s plates.

“It’s an invasive that everybody agrees on. We want it out of our ecosystem. It’s top of the food chain,” he says.

“It’s a very clean taste. It has the taste of a saltwater fish, not a freshwater at all. That’s what’s so appealing about the fish,” says Rorapaugh.

“Everything that it eats is living. It attacks. We’ve found everything from turtles to birds to every type of fish in their ecosystem in their bellies,” he says.

The dinner featured a five-course meal, with each course prepared by a different chef.

“I’m doing kind of a Mexican style snakehead. I skewered it and marinated it in chimichurri and then I made some avocado tomatillo sauce and cactus relish,” said Chad Wells, executive chef at The Rockfish in Annapolis.

Wells says he’s been experimenting with snakehead for about three yeas, and has cooked it many ways.

“I’ve made everything from po’ boys to just like fried snakehead nuggets, grilled snakehead. We’ve made it like sushi. We’ve smoked it,” he says.

Tickets to the dinner were $125 per person, and proceeds will be donated to The Oyster Recovery Partnership, an Annapolis nonprofit that works to restore oysters. The partnership has produced and planted more than 3 billion disease-free, native oysters back into the Chesapeake Bay.

Money raised from a silent auction will go to Miriam’s Kitchen, an organization that helps the homeless.

People who didn’t make it to the dinner and want to try snakehead can find it on the menu at The Rockfish. Wells says his restaurant serves it all the time.

Snakehead also is served in regular rotation at The Source by Wolfgang Puck.

The Source’s Executive Chef Scott Drewno was among those in the kitchen Monday night.

He made Maryland Crab Cakes with Bacon Remoulade and Micro Celery.