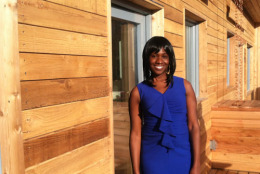 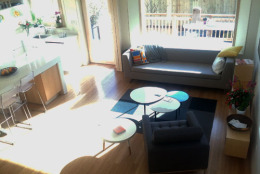 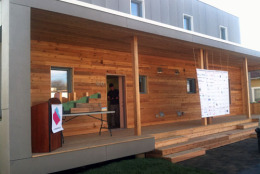 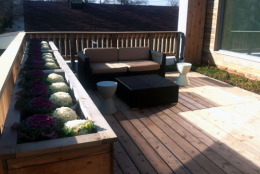 WASHINGTON – A new home for two local families also stands as a public model of energy efficiency and affordability.

Empowerhouse, located in the Deanwood neighborhood of Northeast, was designed by college students for the U.S. Department of Energy’s Solar Decathlon competition.

But its afterlife has become a new beginning for families in the District.

“It was, like, surreal when I stepped into the finished product,” says Lakiya Culley, who will move in in January with her three sons.

“I was amazed. It was more than I could even imagine,” she says.

A second family will move from public housing into the adjoining three-bedroom home.

The families will go through a home ownership program and purchase the houses for $220,000, says Teresa Hamm, senior project manager at Habitat for Humanity of Washington, D.C.

“This project fulfills a longstanding vision of our team to create a house that would endure in a meaningful way after the Solar Decathlon was over,” Joel Towers, executive dean of Parsons The New School for Design, said in a statement.

Both units of the house are “site net-zero,” meaning they produce as much energy as they consume in the course of a year.

It is the first Passive House in the District, a designation as the leading international energy standard.

“It changes our lives significantly,” says Culley, who works as a secretary for the State Department.

The home is said to consume 90 percent less energy for heating and cooling than a typical home.

Affordability is the other key in the team’s design.