Miss D.C. decides on double mastectomy because of family history

When Allyn Rose was 16, she lost her mom to breast cancer. Now, the upcoming Miss America contestant has elected to have a double mastectomy as a preventative measure.
Listen now to WTOP News WTOP.com | Alexa | Google Home | WTOP App | 103.5 FM
(1/4) 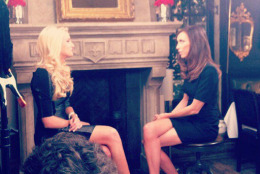 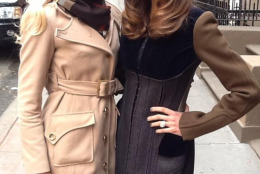 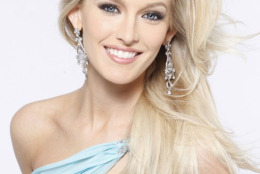 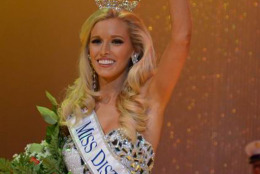 WASHINGTON – When Allyn Rose was 16, she lost her mom to breast cancer, the same disease that killed her grandmother and great-aunt.

Now, the 2012 winner of Miss District of Columbia and upcoming Miss America contestant has elected to have a double mastectomy, removing both breasts as a preventative measure to decrease her chances of developing the disease.

Rose, 24, told Elizabeth Vargas on Good Morning America earlier this week that her decision did not come lightly.

“It’s something that could help prolong my life,” Rose said. “Anything I can do, absolutely, I’m on point with that.”

Her genetic makeup was tested when she was a child, so she knew at a young age that she could be genetically predisposed to contracting breast cancer. But after her mother, Judy, passed away eight years ago, she began thinking about her options.

Rose knew she could be incredibly vigilant for the rest of her life. But there was another, more drastic route to consider: a double mastectomy.

While some doctors disagree with Rose’s decision, encouraging her to have the surgery later in life, Rose’s family history was a bigger factor in her decision.

Her mother first battled cancer at age 27, losing one breast in order to beat the disease. But the cancer returned when she was in her 50s. This time, it killed her.

When Rose’s mother died, she left Rose the journals she kept during her first battle with the disease.

“I heard what it was like for her to lay in a hospital bed after losing her breast and to say ‘I may never run again,'” said Rose, adding that her mother was a marathon runner.

Rose told Vargas that her mother worried about finishing her degree and finding a man who would love her, even with only one breast.

“But at that moment, she said to herself, ‘I’m not going to give up and cancer’s not going to win,'” said Rose.

Rose said her mother was a beautiful, resilient woman who led an incredible life.

Rose has made a living in the beauty industry. A double mastectomy may mean giving up that life and she said this year’s Miss America pageant will probably be her last.

“I was a late bloomer, so when I decided to make this decision, I had just gotten my breasts,” she said. “I didn’t want to give them up. But my dad looked at me and he said, ‘I don’t want you to end up dead like your mother.’ It was such an abrasive thing he said to me, but it really made me sit back and take notice and say, ‘I need to be proactive in my health care.'”

Rose believes her story has an impact well beyond her decision.

“This is about igniting women’s health care and teaching women how to be proactive in their health care,” she said. “That’s why I’m here.”

Robin Roberts, the Good Morning America host who is recovering after a battle with the disease, tweeted at Rose during her interview on the show.

@robinroberts Thank you so much! You’ve been such an inspiration to me. Good thing you weren’t here today. I might have fainted. #Starstruck