Nationals outfielder Jayson Werth has been immortalized in toy form, but with less of a beard on his tiny plastic doppelganger.
Listen now to WTOP News WTOP.com | Alexa | Google Home | WTOP App | 103.5 FM
(1/3) 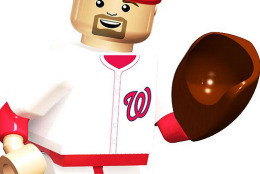 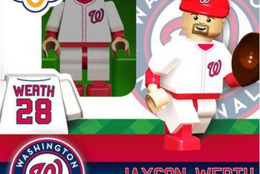 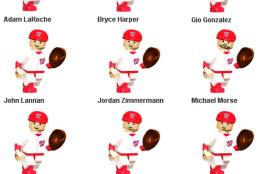 WASHINGTON – Nationals outfielder Jayson Werth has been immortalized in minature form, but with less of a beard on his tiny plastic doppelganger.

“Goatee mode here, but better than nothing,” jokes Jayson Werth’s Beard on Facebook.

The Twitter handle, @JWerthsBeard is devoted to the star’s facial hair monitors everything Werth.

And, Werth is not the only National making a tiny debut. Stephen Strasburg also has a toy made in his likeness.

They are for sale on eBay and in multiple locations.

The toy maker, Oyo Toys, is based in Massachusetts.

OYO says its minifigures are licensed by the MLB and MLBPA.

Unlike Legos, OYO says its figurines have rotating forearms and bending knees, that gives them the ability to hold a bat, a ball, or a glove.