WTOP caught up with several of the movie\'s creators and stars as they walked the red carpet, which was actually blue, inside the Newseum before the screening.
Listen now to WTOP News WTOP.com | Alexa | Google Home | WTOP App | 103.5 FM
(1/9) 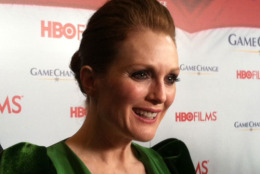 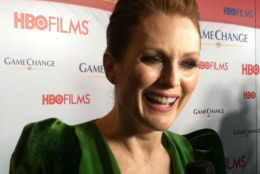 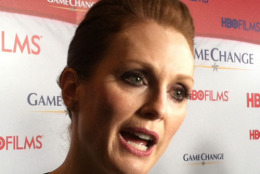 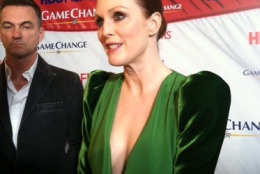 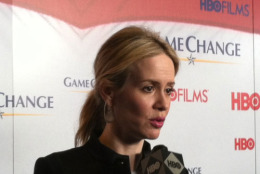 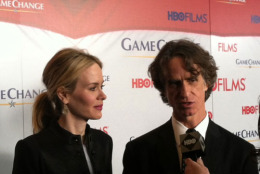 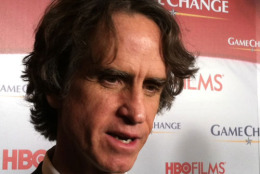 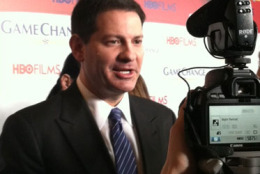 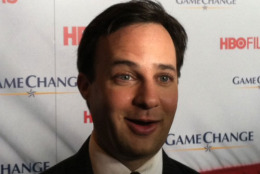 WASHINGTON – The stars came out Thursday night for the D.C. premiere of HBO’s “Game Change.”

It’s billed as the behind-the-scenes story of Sarah Palin’s sudden rise to national political stardom in 2008 when John McCain picked her as his running mate.

The story begins with McCain’s surprise selection, and follows what happens in the lead up to the general election.

McCain and Palin have had some not so nice things to say about the movie in recent days, even though its makers say the film is fair and balanced.

WTOP caught up with several of the movie’s creators and stars as they walked the red carpet — which was actually blue — inside the Newseum before the screening.

“It’s a great movie that’s about a topic that people will really find compelling,” says Mark Halperin, who co-authored the book that inspired the film.

“Whether you like Sarah Palin or you don’t like her, she’s a really compelling figure,” he says.

Julianne Moore portrays Palin, but the actress says the movie is about much more than a single person.

“Really it’s about how we are drawn again and again to people who are wildly charismatic and attractive and maybe have a movie-star quality,” she says. “Why we think that those attributes are necessary for a leader is beyond me. Obviously, they’re not.”

Danny Strong is one of the executive producers and he wrote the screenplay. He says the story is great, and he calls McCain a “gambler.”

“He took a risk with Sarah Palin — kind of a Hail Mary pass to try to catch up in the polls and it completely worked at first,” Strong says.

Actress Sarah Paulson plays Nicolle Wallace, a senior advisor to the McCain-Palin campaign. WTOP asked Paulson why people who might not care about politics should see this film.

“Yes of course it’s a political movie, but you’re really watching a story about a woman who is thrust onto a national stage completely ill equipped, and with the highest stakes possible,” she says.