With temperatures expected to rise to nearly 70 degrees, how will you spend the day? Share your plans. Use #WTOPTalkback.
(1/6) 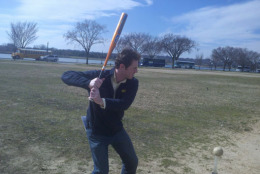 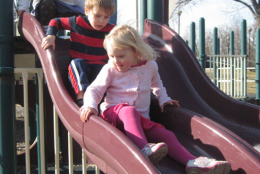 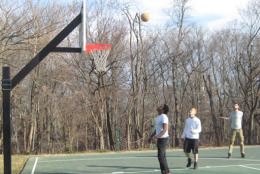 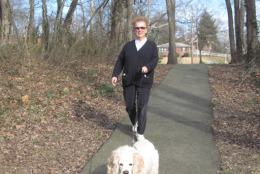 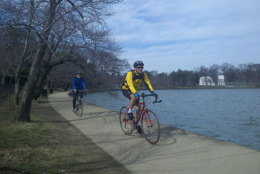 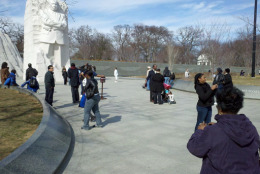 WASHINGTON – As temperatures head near 70 Thursday, some folks are planning to spend more time outside, enjoying lunch and taking walks with their children and pets.

Nice weather like this does prompt people to play hooky.

According to Careerbuilder.com, nearly three in 10 workers called in sick with a fake excuse in the last year. When the year is divided into quarters, employees are most likely to call out sick between January and March.

While many folks call in sick around the holidays, the first quarter is still tops by far, according to a 2011 survey of 2,696 hiring managers and 4,384 U.S. workers. Here’s how the absentee numbers break down:

People out and about Wednesday may have noticed their allergies acting up. Tree pollen was at 106.

“If you were a little sniffly yesterday, that’s why.”

Around the Tidal Basin Wednesday, a few folks readily admitted they skipped out on their jobs to soak in the spring-like weather. For others — like workers on their lunch breaks or out-of-towners — the sunshine was just an added bonus.

It was far from packed, but there was a healthy number of people taking in the Martin Luther King, Jr. and Franklin Delano Roosevelt memorials, sitting on benches overlooking the water or even whacking softballs in West Potomac Park.

If you’re tempted to join them, Careerbuilder warns of some serious consequences.

Fifteen percent of employers say they’ve fired a worker for playing hooky, and 28 percent say they at least check out your excuse by calling, asking for a doctor’s note or even driving by your home.

The forecast for Thursday calls for the mildest weather of the week, ahead of cooler weekend temperatures.

“I think people should be calling out sick this afternoon,” jokes van de Graaf.

WTOP wants to know how you’ll spend the day. Do you plan on taking a long lunch, hitting the golf course or maybe even calling in sick? Post a comment in this story, comment on WTOP’s Facebook Page or use #WTOPTalkback on Twitter.

Here are some other responses that came in via Twitter:

Chris Lighter writes that it might be a half day of work for him.

Ian Pleet says he might hit the golf course.

Trump looks to rev up his base at Daytona 500