Three teenagers shot in Southeast D.C., one near school 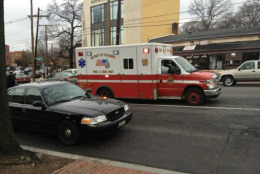 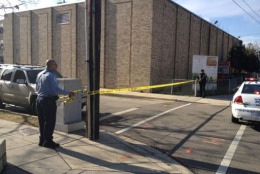 Police say an officer on patrol on Alabama Avenue heard shots this morning and found a teen in front of King Elementary in the 3200 block of 6th Street SE.

Two other males also were shot in the area: One was found in the 3300 block of 4th Street with a gunshot wound to the leg, and another was found with injuries to his lower extremities in the 800 block of Wheeler Hill Road.

Two people were taken into custody 15 blocks away after a pursuit. A weapon also has been recovered.

“Right now, we’ve got four different scenes around about a 15-, 20-block area,” says D.C. police Chief Cathy Lanier. “We’re trying to determine now whether it was two different groups shooting at each other, one group shooting at another.

“What the motive was, we don’t know. It does not look like these are students from any of the schools.”

The victims are between the ages of 16 and 19. Police say the first victim was taken to a local hospital in critical condition, and the two other victims were taken to the hospital with non-life threatening injuries.

King Elementary School and Imagine Southeast, a public charter school, were on lockdown as police investigated the shootings.

Lanier says police are still trying to determine what sparked the gunfire. D.C. Councilmember Marion Barry, who represents Ward 8, says the shooting may be the result of a dispute between groups.

“As I understand it, it seemed to have been a rivalry between two groups, but we don’t know that yet,” Barry says.

Barry also says a 17-year-old who attended Ballou High School in the area — but was probably truant — may have been involved.

WTOP’s Neal Augenstein and The Associated Press contributed to this story. Follow Neal and WTOP on Twitter.

Peshawar, the city of flowers, becomes epicenter of violence