A wooden structure built over the weekend that sparked the arrests has been taken down.
Listen now to WTOP News WTOP.com | Alexa | Google Home | WTOP App | 103.5 FM
(1/8) 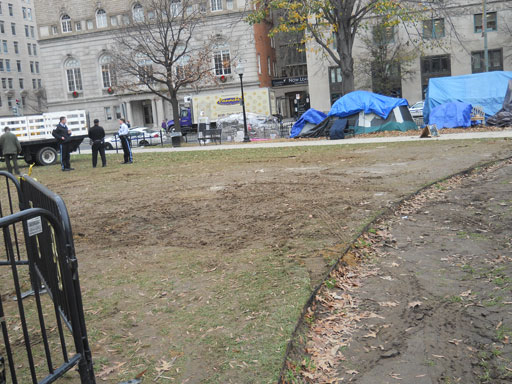 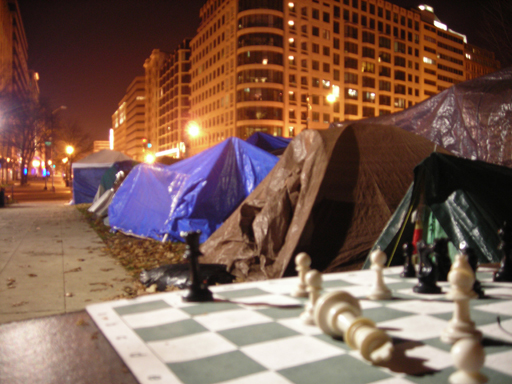 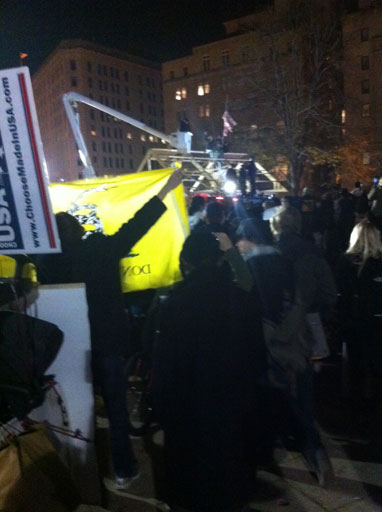 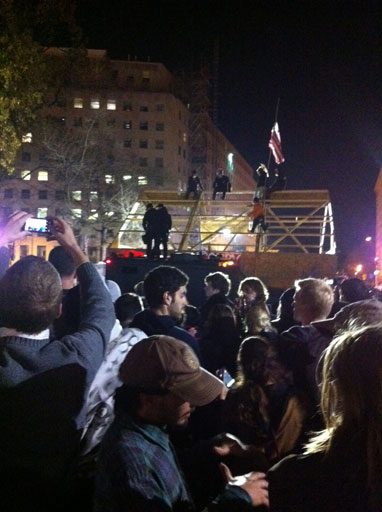 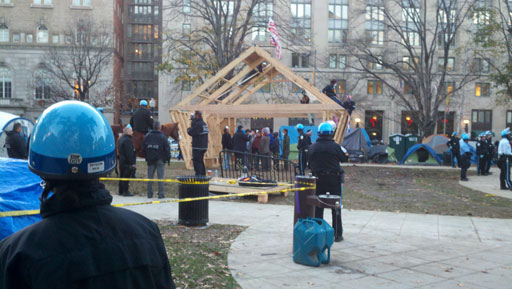 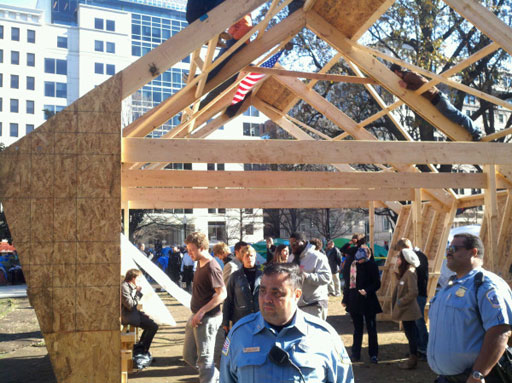 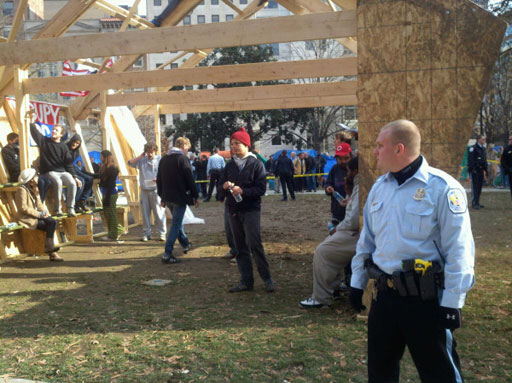 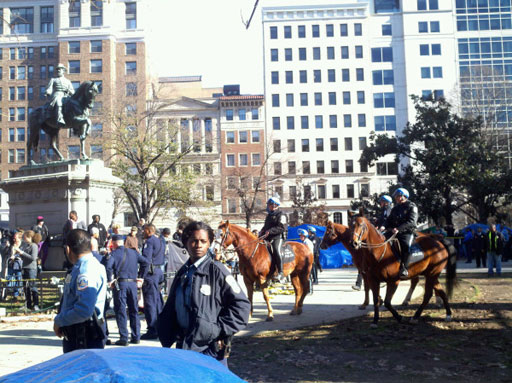 WASHINGTON – Police brought in an airbag, an armored truck and a cherry picker to arrest dozens of protesters at the McPherson Square Occupy D.C. camp following a 10-hour standoff over a wooden structure.

Protesters refused to leave or dismantle a wood structure they built Saturday night. By Monday morning, the structure at 17th and I Streets was taken down.

Protesters say they are uncertain of what civil disobedience may occur in the District Monday.

Late Sunday evening, police used the cherry picker to force down the remaining protesters who had taken up positions on the roof.

The last man, named David, was taken down after a struggle with police, shortly after 8:30 p.m.

Police arrested 39 people over the course of the day, after the deadline passed for protesters to take down the barn-like structure. The U.S. Attorney’s Office says 16 protesters were charged with crossing a police line. They have 15 days to pay a fine or request a court date.

During the standoff, an inspector posted a notice on the structure, which U.S. Park Police say is in violation of park rules.

Metropolitan Police SWAT officers arrived Sunday afternoon to help Park Police remove those who had taken up camp on or inside the wooden structure.

Police told protesters Sunday morning they needed a permit for the wood structure that resembles a partially built shed or barn and gave them an hour to disassemble it. The group was given a deadline of 11:45 a.m. to take down the structure.

When the protesters failed to comply, officers on horseback moved in.

The encampment’s general assembly was split between complying with police orders and standing their ground.

At one point, Park Police officers pulled out a Taser as they arrested 21-year-old homeless veteran, Micheal Patterson from Alaska. Patterson was slammed to the ground and arrested.

The protesters built the “structure-like tent” in about four hours Saturday night. Some of them were calling it a “barn raising.”

Several occupiers said the group spent $1,400 on the wood. The structure was designed by an architect and built with help of donated time from someone from Annapolis.

Camping and cooking are prohibited in the park, though protesters have been doing both openly in front of police since they started occupying the park.

The structure originally had blue tarps on the top, but they were pulled off by the protesters shortly before the police arrived.

Occupiers had been throwing food and provisions to protesters who took up a stance inside the structure.