A battle over a treehouse built by an Iraq war veteran for his young sons is finally over.
Listen now to WTOP News WTOP.com | Alexa | Google Home | WTOP App | 103.5 FM
(1/4) 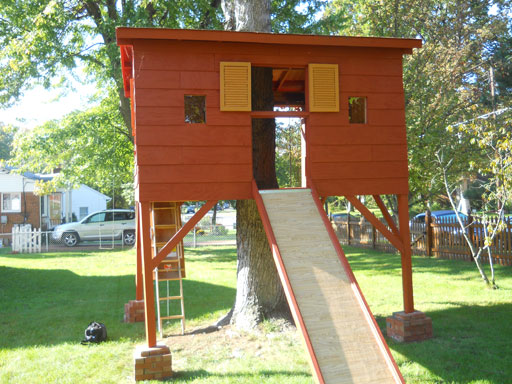 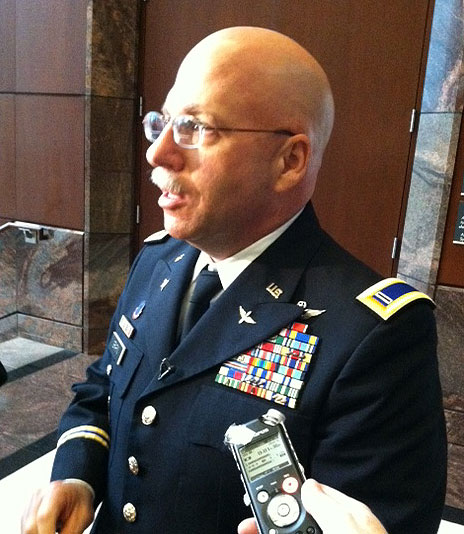 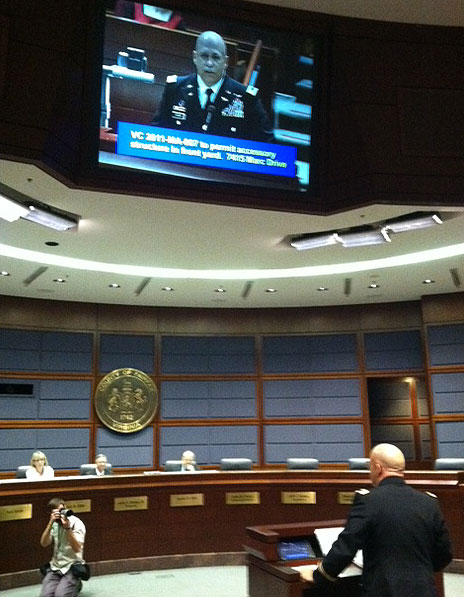 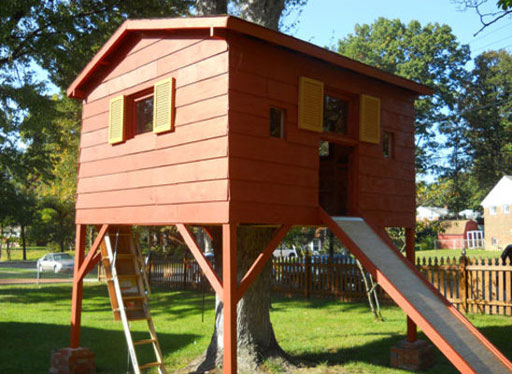 FAIRFAX COUNTY, Va. – A battle over a treehouse built by an Iraq war veteran for his young sons is finally over.

Mark Grapin of Falls Church promised his 9- and 11-year-old boys he would build them a treehouse before his deployment with the Army during Operation Iraqi Freedom.

He made a call to Fairfax County to make sure he wasn’t breaking any rules, and a man on the phone gave him the OK.

But after Grapin built the treehouse in his yard in the Broyhill Park area, a neighbor complained, and the county told him he needed a zoning variance for the structure because of the unique characteristics of his yard.

Grapin’s application for a variance was rejected. But he appealed to the Fairfax County Board of Zoning Appeals Wednesday and won.

“I’m looking forward to figuring a way to put some Christmas lights on it, and spray some fake snow in the windows and do it up,” Grapin said after his appeal was heard at the Fairfax County Government Center.

Nine-year-old Sean Grapin says he loves the treehouse because it was made by his dad.

“It’s really fun. It has a slide and everything,” he says.

Sean and his 11-year-old brother, Eric, wore their Cub Scout uniforms to the hearing, and their dad wore his Army uniform.

Neighbors and friends took the microphone in support of Grapin and the treehouse. No one spoke in opposition.

Grapin has agreed to maintain several small trees that have been planted around the treehouse to shield it from the street.

In addition, the treehouse must be taken down in five years or if the home is sold, whichever comes first.

There was talk of forcing Grapin to replace the orange paint on the treehouse with a more neutral color like gray or green, but the idea was ultimately rejected by the board.

But a law firm worked pro bono on the case, and landscapers donated the trees that now surround the treehouse.

Roughly 1,600 people from around the world also signed a petition supporting Grapin’s treehouse.