EAST LANSING, Mich. (AP) — Payton Thorne threw for four touchdowns, including two long strikes to Jayden Reed, and ran for another score as Michigan State rolled to a 42-14 victory over Youngstown State on Saturday.

Thorne connected with Reed on Michigan State’s first play from scrimmage, the second straight game in which the Spartans scored from 75-yards out on its opening play.

They also combined on an 85-yard score during the second quarter. Thorne completed 15-of-21 passes for 280 yards.

The duo built chemistry long ago. They were high school teammates at Naperville (Ill.) Central.

“We’ve had a ton of those plays and those aren’t going to be the last two,” Thorne said. “We’re just going to keep building. It’s crazy how things have ended up and today was pretty cool.”

Demeatric Crenshaw rushed for 69 yards on 18 carries and a touchdown for the Penguins (1-1).

Kenneth Walker III scored on a 75-yard run on the first play from scrimmage in the Spartans’ season-opening victory at Northwestern. This time, he took a handoff and pitched it back to Thorne on a flea flicker. Reed caught the ball at the Penguins’ 37 and raced into the end zone on the 75-yard score.

“I wish we could score every play on the first play,” Reed said. “We did it last week and this week. That’s the standard, so we’re going to make that the goal for next week as well.”

“It did shock,” he said. “We knew coming into the game we had to handle the atmosphere and the emotion, and knowing they had just rushed for (326) yards, and one flea flicker would probably be a good first play. It definitely got the ball rolling for them.”

Thorne scored on a 10-yard run midway through the first quarter.

Thorne’s 85-yard pass to Reed with 13:59 left in the first half gave the Spartans a 21-0 advantage. Thorne’s 20-yard pass to Elijah Collins and Walker’s 6-yard run accounted for Michigan State’s other first-half scores.

Thorne found Jalen Nailor on a 16-yard scoring pass in the third. Michigan State finished with 595 yards of total offense.

“The plan was to come out and attack and be aggressive,” Spartans coach Mel Tucker said. “The opponents change but the standard does not change. We’ve got to come out and set the tone. … That’s the way we need to play. I don’t know any other way to play.”

Phillips was impressed with the Spartans’ efficiency.

“We knew going in that we had to have a good run offense,” he said. “We had to eliminate big plays and we had to tackle. And those three things really in the first half is what we didn’t get done today.”

The Spartans racked up 408 yards of offense in the first half. That’s their highest total since they rolled up 438 against UAB on Sept. 1, 2007. … Reed’s 160 receiving yards by halftime were the most by a Michigan State player since Tony Lippett had 167 on four catches in the first half against Jacksonville State on Aug. 29, 2014.

Youngstown State: The Penguins have a week off, then host Western Illinois on Sept. 25. The Leathernecks recorded their lone victory of the spring season against Youngstown State, 27-24.

Michigan State: The Spartans play another non-conference game on Saturday at Miami, Florida. Michigan State is 0-4 all-time against the Hurricanes but haven’t played them since 1989. 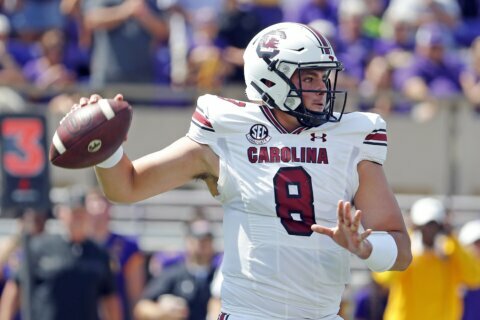 South Carolina to start Doty at quarterback against Kentucky 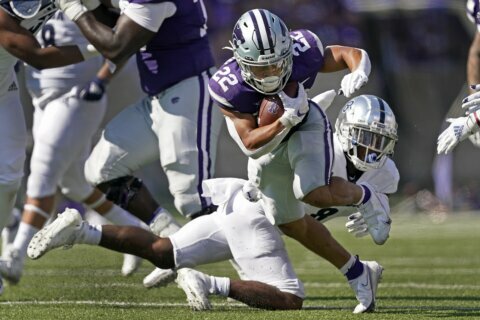