After Central Arkansas took a 34-30 lead on a Breylin Smith 71-yard pass to Tyler Hudson with 2:14 remaining, Shelley drove Missouri State 69 yards in seven plays, culminated by the 26-yard touchdown pass to Lane for a 37-34 lead. Tylar Wiltz then scored on a pick-6 on the game’s final play.

Missouri State (1-1) led for most of the game but had to rally after letting a nine-point fourth-quarter lead slip away.

Shelley completed 18 of 36 passes for 231 yards. Nine of his completions went to Lane for 148 yards.

Smith was 25-of-38 passing for 332 yards for Central Arkansas (0-2). He had two touchdowns and two interceptions. Lujuan Winningham had 10 receptions for 144 yards.

Missouri State’s Kevon Latulas was the game’s leading rusher with 98 yards on 10 carries. 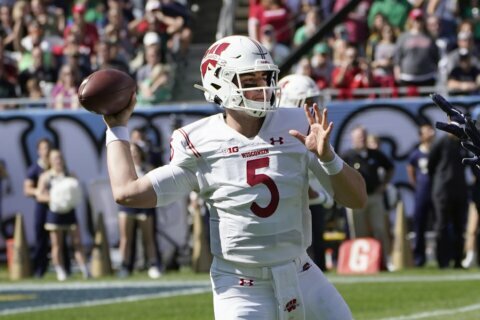