If you beat No. 3 Georgia in Athens, you get to pick the hedges — and call yourself Carolina or USC for the day. Dave Preston has more in his College Football Corner.
Listen now to WTOP News WTOP.com | Alexa | Google Home | WTOP App | 103.5 FM

Identity is a big thing in college football.

South Carolina is an interesting school because the Gamecocks alternately refer to themselves as both “USC” and “Carolina” — when one thinks of USC I’m thinking the Trojans first, and Fleetwood Mac singing “Tusk” with the Southern Cal marching band second. Carolina (with apologies to the NFL’s Panthers) will always make me think of Dean Smith, Michael Jordan and Michigan being out of timeouts.

Now South Carolina has made major strides this decade, reaching the Final Four in men’s basketball while winning a National Championship in women’s basketball in 2017. And let’s not forget back-to-back College World Series titles in 2010 and 2011.

But in the south, football is king and for most of their history, the Gamecocks have been an afterthought in the weaker of the two divisions of the nation’s best conference. While Florida tapped up-and-coming Urban Meyer, SC rolled the dice and lost on Sparky Woods. While Alabama turned failed NFL experiments Gene Stallings and Nick Saban into title-winning coaches, SC caught Lou Holtz and Steve Spurrier during the “retirement nest egg building” phases of their careers.

Former Florida flameout Will Muschamp became the latest retread to take over in Columbia in 2016. After three years of going 1-11 against ranked foes, Muschamp was handed one nightmare of a slate this year with games against Alabama and Clemson — not to mention traditional East Division powers Georgia and Florida. Early losses to North Carolina (or Carolina, if you prefer) and Missouri (somehow in the SEC East despite being west of the Mississippi River), plus a blowout by Alabama helped set the bar to its customary low spot in the Palmetto State.

But somewhere on the way to battling for bowl eligibility, the Gamecocks went into Athens and shocked No. 3 Georgia 20-17 in double-overtime. Not only did they beat their closest divisional neighbor, but they also kept what are shaky at best SEC hopes alive for at least one more week. No. 7 Florida comes to Columbia next weekend. Enjoy your moment in the sun while you can, USC/Carolina.

Virginia (4-2, 2-1 ACC) fell for the first time in conference play, losing to Miami 17-9 Friday night. Instead of continuing its pursuit of a first-ever Coastal Division title (the previous six years saw the other six schools take turns advancing to the ACC Championship Game), the Cavaliers find themselves halfway through the season trying to figure out of their glass is half-full or half-empty.

Cavalier Concerns: The offense had issues all evening, converting just 2-of-10 third downs. Pass protection was a problem, with five sacks allowed. Six of their ten possessions stalled inside the Hurricanes’ 30-yard line. A missed field goal, lost fumble and a failed fourth down each took points off the board on the night they could least afford. The defense allowed the Hurricanes to roll up 147 yards and 10 points the final two times they had the ball.

Maryland (3-3, 1-2 Big Ten) had reason to be optimistic when they visited Purdue. The 1-4 Boilermakers had lost their starting quarterback and top receiver to injury two weeks ago. Their defense also ranked near the bottom of multiple categories in the Big Ten. But you wouldn’t know any of that if you watched the game, a 40-14 humbling that has the faithful looking at the schedule and trying to see three more wins.

Terrapin Triumphs: Tyrrell Pigrome threw for 218 yards while running for 107 yards in his first start of the season. Dontay Demus was the top target, grabbing 10 catches for 105 yards. Ayinde paced the defense with 11 tackles.

Terrapin Troubles: The team had nine penalties, including one that wiped out a first-quarter touchdown and another that pushed them out of field goal range late in the first half. Pigrome threw two interceptions, one of which was returned for a touchdown late in the second quarter. The defense had issues getting off the field, allowing Purdue to move the chains on 11 of 18 third downs that included backbreaking conversions from 11, 13 and 23 yards.

Next: Saturday at 3:30 against Indiana.

Virginia Tech (4-2) is never going to make things easy for us this year, will they? Despite owning a two-touchdown halftime lead, the Hokies found themselves up 17-14 midway through the third quarter against Rhode Island. The Hokies turned the jets on and routed the Rams 34-17. Just another turn on what is becoming a rocky ride through the 2019 schedule.

Hokie Humblings: The D took a while to spring back to life in the second half, allowing the Rams to gain 135 of their 310 total yards on their first two third quarter possessions. For those who watched the Furman and Old Dominion games, it felt like a rerun.

Next: Saturday at 3:30 against North Carolina.

Navy (4-1, 2-1 AAC) went to Tulsa and came home with its first road win in over two years. The 45-17 rout of the Golden Hurricane helped move the Mids back into the conference race as previously unbeaten Memphis was stunned by Temple.

Midshipman Medals: Malcolm Perry rushed for 218 yards and three touchdowns while the nation’s top ground game pounded out a total of 388. Michael McMorris posted eight tackles to lead a defense that notched four sacks and held Tulsa to under 50% completions.

Midshipman Miscues: So much for airing it out more this fall — the Mids threw just five passes and one was a halfback option pass. They also converted just 5-of-12 third downs and were outgained by the Golden Hurricane in the second half.

Next: Saturday at 3:30 against South Florida. 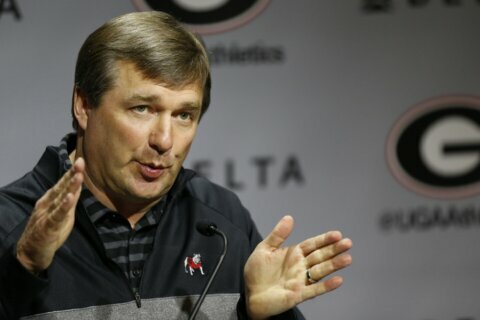 Georgia’s Smart: Players will be safer working out on campus 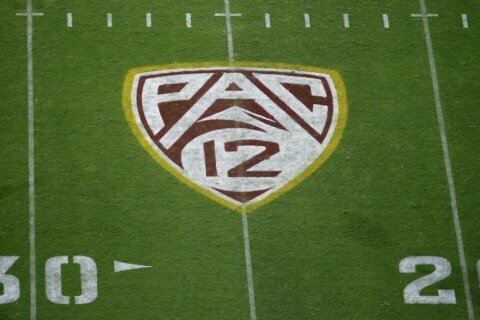