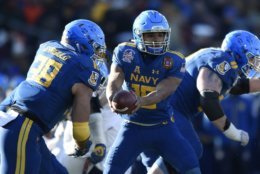 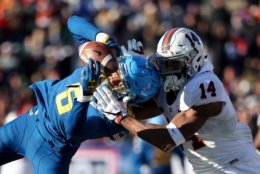 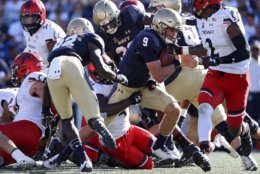 ANNAPOLIS, Md. — Navy looks to bounce back from an uncharacteristic 2017; instead of competing for an AAC West title, the Midshipmen finished 4-4 in league play.

After a 5-0 start, the Mids were fortunate to be bowl-eligible, after posting their worst regular season (6-6) in five years. And, instead of beating Army, Navy lost its second straight game to its archrival.

“When you’re a disciplined person, you’re disciplined all the time, and learning to make the right decisions over and over,” Niumatalolo said. “Tucking in your shirt and being groomed the right way — we realized there’s carry-over to the field. Because the teams that maybe have been a little bit lax in there … may be lax in some of the critical choices that have cost us the game.”

The lack of attention to detail regarding seemingly minor areas contributed to sloppy play.

Witness the 16 turnovers that were second most in the AAC. Witness the 53 penalties (14 more than 2016, an increase of 35 percent) committed by the usually sharp squad. This year, there is a recommitment to doing the little things — and from those little things, big things will be expected.

There will be a change at quarterback this season, but unlike previous autumns, it won’t be due to graduation but rather the talent of Malcolm Perry. The junior lost the competition last year to Zach Abey, and the coaching staff moved Perry to slotback in order to get him on the field.

This year, Perry takes over at QB, and the team is moving Abey to wide receiver. With every practice, Perry makes the coaching staff feel they’ve made the right decision.

“Just the work ethic, I’ve been impressed with,” Niumatalolo said of Perry. “A very humble kid, quiet kid, who comes to work. He’s got to progress and continue to develop in the passing game … but, he’s with a great coach in (offensive coordinator Irvin) Jasper and there’s no doubt in my mind he’ll be ready for Game 1.”

What are the keys to being a successful quarterback in the option offense? “Small picture, I’d say just being consistent in your technique and footwork, making sure it’s second nature,” Perry said.

Safety Sean Williams ranked second in tackles behind Thomas last year and will be the key cog in 2018. His focus? “Attitude, detail and discipline,” Williams said.

“In our defense, we just come with a certain intensity. We know that we’re playing for everybody on the sideline. As long as we keep the approach of caring about each other, being meticulous in our preparation and being a beast when it comes to being a beast, then we’re going to be fine,” he added.

The second-most traveled team in FBS starts the season at Hawaii (the only team that will log more air miles this fall), which is also Niumatalolo’s alma mater. The Mids are 0-2 in the islands all-time.

Though they play four of their next six games in Annapolis, the AAC season begins with a bang as West Division favorite Memphis drops by Sept. 8. The usual highlights of the slate involve going to Colorado Springs for their annual duel with Air Force, to San Diego for a “home” game with Notre Dame, and to Philadelphia for their annual clash with Army. 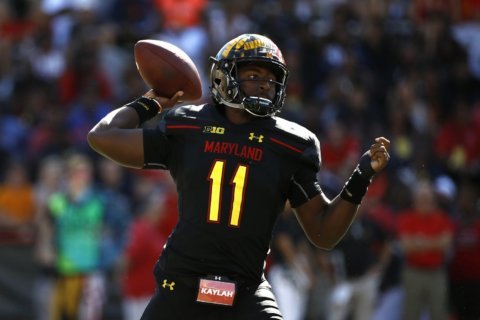