WASHINGTON — The first few weeks of March always brings us back to fundamental questions: What do you value in an at-large college basketball team? Do great wins outshine bad losses? And how many Shamrock Shakes can we knock down before McDonald’s stops offering the seasonal treat? Thirty-six at-large invitations will be extended in four days…and as always there are more than fifty schools who think they should be in the mix. But what criteria should be used?

There is the school of thought that says you want the 36 “best” teams in the tournament, meaning if two schools played 10 times, the one that would prevail more often should get the bid. That’s similar to the “eye test” that allows analysts to say a team is “much better than their record” and takes into account playing in a tough conference. These people would tell you that an ACC school finishing 9-9 or 8-10 is a better fit for the field than the runner-up of the MAC or MVC Tournament. So the teams with talent and 10 home games in November and December that couldn’t prove in January and February that they belonged in the big dance get another shot?

The other viewpoint is that the NCAA Tournament should have a “representative field,” meaning that even though an Illinois State would probably lose to Michigan State more times than not, the Redbirds deserve to be in the field because they dominated their regular season. Just as you will be told “there are no nights off in the Big Ten” (obviously nobody’s watched Rutgers this winter), the Missouri Valley Conference is loaded with schools whose sole purpose is to scout, prepare for and beat Illinois State. And even though ISU failed their final (no shame in losing to #21 Wichita State), they aced the rest of their classwork. MSU? The Spartans struggled before Big Ten play (losing to Northeastern) and went 2-7 on the road in the league. Of course everything changes if Tom Izzo is able to coax a run through the bracket in D.C. — and the Spartans are 12-2 in the last five Big Ten Tournaments.

#4 Gonzaga wins the West Coast Conference title game over #19 St. Mary’s; it will be interesting to see where the committee seeds the Bulldogs and the Gaels given the “body of work” and “strength of conference schedule.” South Dakota State captures the Summit League, Northern Kentucky wins the Horizon, and Mount St. Mary’s takes the Northeast Conference. They’re still celebrating in Emmitsburg, Md., as the Mountaineers make their first trip to the big dance since 2008.

Bid on the Line Tonight

I’ve seen Tim Kempton terrorize the conference for four years, and even though he didn’t win a third straight player of the year award, the senior still averaged a double-double this winter. Bison big man Nana Foulland took the honor this March, and while the junior averaged 18 points and 10 rebounds in Bucknell’s two games against the Mountain Hawks this season, Kempton and Lehigh still came out on top twice. The difference in those games was three-point shooting: Lehigh shot 59% and 47% from outside the arc to 30% and 26% for Bucknell.

There was once a time where the 8-9 game in the Big East was reserved for the likes of Seton Hall and Providence. Tonight, the Hoyas and Red Storm are in that less than ideal place. Which St. John’s team shows up tonight — the one that shot 5-for-25 in the second half of a loss in D.C., or the one that hit 54 percent from three-point range last month? And which Georgetown team do we get — the one that outrebounded the Red Storm by 20 in January, or the unit that turned the ball over 22 times at MSG? And the reward for whichever one of these consistently uneven teams wins is a lunch date tomorrow at noon with regular season and defending national champ Villanova.

The Demon Deacons held off a pesky Boston College team to keep its NCAA bubble hopes alive, while the Hokies still have the fresh memory of Wake coming to Blacksburg last Saturday and leaving with an 89-84 victory. John Collins might merit most of the attention as the sophomore led the ACC in field goal percentage, was second in rebounding and third in scoring. But Bryant Crawford was the one who scored a team-high 26 points at Cassell Coliseum, and when BC doubled Collins early and often yesterday the sophomore from Silver Spring led WF with 20 and six assists. Seth Allen scored 20 points in the regular season finale — does the senior have one more week of miracles in his pocket?

Another rematch from last weekend has the Cavaliers playing the Panthers for the third time this winter. Pitt prevailed in the first game 88-76 (shooting 63 percent from three-point range while outrebounding the Cavs by 18) while UVa took the regular season finale 67-42 (holding Pitt to 20 percent from outside the arc and winning the battle of the boards by 7). The Panthers are not your garden variety 10-games-under-.500-in-the-conference team: Michael Young and Jamel Artis both finished in the top five in the ACC in scoring and they returned two other starters from last year’s NCAA squad. The transition from Jamie Dixon to Kevin Stallings has been less than ideal…but the Panthers ended Georgia Tech’s bubble hopes last night in a 61-59 win over the Yellow Jackets. The Cavaliers are already in the field…but a loss here might knock them down from a 5 to a 6 seed. 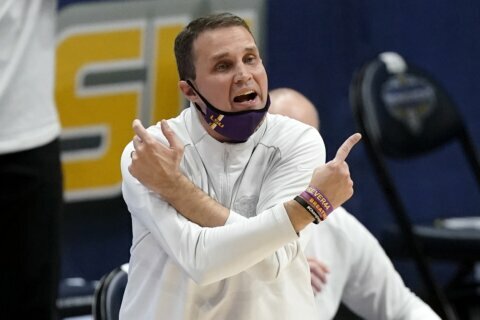 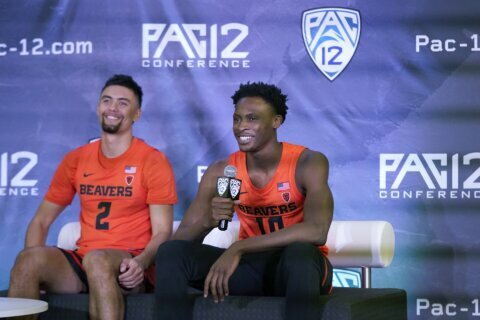 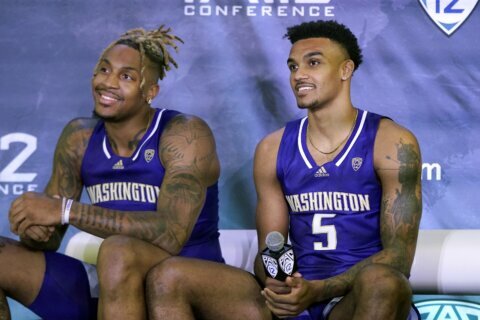