Basketball Around the Beltway: Dance the month away

Selection Sunday comes and goes with the usual joy, customary disappointment and hair-splitting, not to mention the storylines waiting as we begin a new countdown to Thursday.
Listen now to WTOP News WTOP.com | Alexa | Google Home | WTOP App | 103.5 FM

WASHINGTON — Selection Sunday comes and goes with the usual joy (Northwestern is going dancing), customary disappointment (so you’re telling me a Syracuse team that went 2-11 on the road and lost to sub-500 Georgetown and St. John’s at home belongs?) and hair-splitting (Duke beats UNC twice and doesn’t get the No. 1 seed??), not to mention the storylines waiting as we begin a new countdown to Thursday.

Finally, the First Four is just that. That’s right — no more referring to the first weekend as the second and third rounds! I conscientiously objected over the years and called them the “round of 64” and “round of 32”. And yes, I skipped the Tuesday and Wednesday doubleheaders in the “new countdown” because that is how the NCAA treats these eight schools that make the field. Mount St. Mary’s, New Orleans, North Carolina Central and Cal-Davis: Welcome to the kiddie table. Please make room for Providence, USC, Kansas State and Wake Forest.

I know Dayton sells these games out and goes the extra mile to make the schools feel special, but it’s kind of lame that a school/fan base has to fly to Dayton only to turn around and go to Buffalo, Tulsa and Sacramento for a game that takes place less than 48 hours later. Have the First Four schools play at those eventual sites on Tuesday/Wednesday; if anything you’re just cutting travel costs and letting them experience the true tournament.

No such worries for Maryland (24-8) regarding a Dayton destination, although there was a little more suspension this March than on the previous two Selection Sundays. In 2015 and 2016, the Terps were listed among the first matchups in the bracket; this year they were the second-to-last school to read its name on TV. Coach Mark Turgeon said, “I don’t know what their (his players’) reaction was because I was going crazy. I got up so fast I almost fainted.” Maryland gets a No. 6 seed in the West Region and a first-round date with Xavier (21-13) Thursday in Orlando. The Musketeers enter the tournament minus offensive catalyst Edmond Sumner (torn ACL in January) and are 4-7 since Feb. 5. Three of those four wins came against lowly DePaul.

Virginia (22-10) also is headed to Orlando … but as the No. 5 seed in the East Region and a first-round showdown with UNC-Wilmington. The 29-5 Seahawks bring a potent offense (10th nationally at 85.1 points per game) as well as a seven game winning streak. U.Va. has won three straight round of 64 games under coach Tony Bennett; the stickler might be the fact that if they win, the Cavaliers would likely face Florida. I’ve been told by multiple sources that the University of Florida happens to reside in the same state as the city of Orlando, although many will tell you that the Magic Kingdom technically has jurisdiction.

Virginia Tech (22-10) is in the same half of the East Bracket, getting the No. 9 seed and a first-round date with Wisconsin in Buffalo. Having seen the Badgers’ big men Nigel Hayes and Ethan Happ during the Big Ten Tournament (they lost to Michigan in the championship game), one’s going to wonder how the Hokies will hide the worst rebounding margin in the ACC. Don’t worry — likely awaiting Buzz Williams on Saturday will be overall number one seed and defending National Champ Villanova.

VCU (26-8) heads West as the No. 7 seed and goes to Salt Lake City for a Thursday evening game with St. Mary’s. Yes, the Gaels who were actually ranked entering Selection Sunday will be the lower seed. Three of their four losses were to top seed Gonzaga … and coach Randy Bennett’s team allows the second-fewest points per game in Division I. Was the committee that miffed that they’d have to include Rhode Island in the field that they elected to punish the Rams in this manner?

Mount St. Mary’s (19-15 and not to be confused with Mt. Saint Mary’s) gets the Big Spin before the Big Dance and a date in Dayton with New Orleans Tuesday … although many fans and alums would much rather have a date with Dayton in New Orleans. The Privateers boast a 20-11 record and a big man by the name of Erik Thomas: The 6-foot-5 senior averages 19 points and 8 rebounds while making 59 percent of his shots. The Mountaineers will have their hands full on the glass, as they rank 341st in the nation in rebounding margin while UNO is 63rd. The winner gets to go from Dayton to Buffalo to face Villanova Thursday.

Richmond (20-12) will play at Alabama in the NIT Tuesday. The Spiders were unable to hold off a late charge by VCU in Saturday’s Atlantic 10 Semifinal and lost in overtime to the Rams — the third time they’ve been bounced by their neighbors in the A-10 tourney since VCU joined the league. It’s always intriguing to see how a power conference team approaches the NIT after missing the NCAA cut; the Crimson Tide are in the “other tournament” for the third straight year and have lost on the road the previous two seasons. It’s a good thing spring football practice doesn’t begin until next week.

George Mason (20-12) and George Washington (19-14) are headed to the College Basketball Invitational (CBI) after Friday night losses to their Commonwealth Capital brethren in the Atlantic 10 Quarterfinals. Wednesday at 7 p.m. the Patriots host Loyola of Maryland (15-16 with six losses in their last eight games) while the Colonials will entertain Toledo (17-16 with a 4-7 record away from home) at the same time. It’s the second CBI for both schools: George Mason was the 2013 runner-up while George Washington fell in the 2010 First Round. 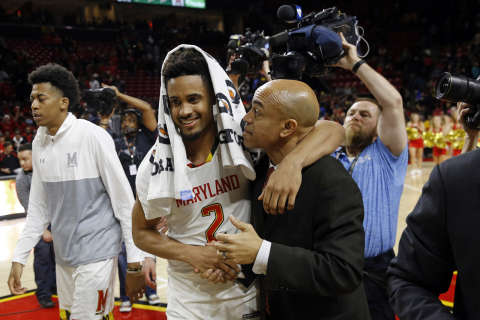 Basketball Around the Beltway: Bracket Racket I 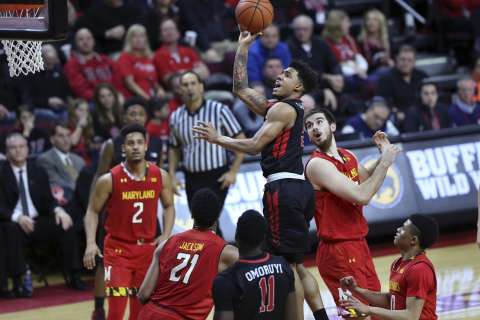 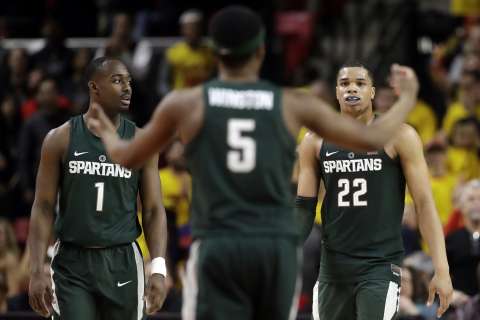