The Harlem Globetrotters sent a letter to the NBA yesterday petitioning to join the league as its 31st team.

The legendary exhibition basketball team, known for its players’ innovative basketball skills, was founded in 1926. Nathaniel “Sweetwater” Clifton had been playing for the Globetrotters when he became the first Black player to sign an NBA contract in 1950. That same year, the Boston Celtics selected Globetrotter Chuck Cooper at No. 14 overall, making him the first Black player to be drafted.

As Globetrotters general manager Jeff Munn’s letter notes, there have been rumors that the NBA is considering adding more teams in the near future. Seattle and Las Vegas are two cities likely to be considered if the league expands.

The NBA has not publicly responded to the Globetrotters’ letter yet. 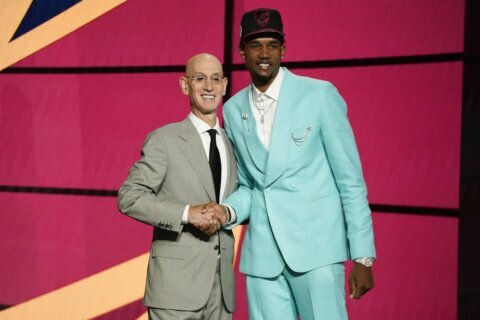 Cavaliers select USC center Mobley with No. 3 pick in draft