ALBUQUERQUE, N.M. (AP) — Officials with the U.S. agency undergoing a multibillion-dollar modernization effort that includes the production of plutonium cores for the nation’s nuclear arsenal celebrated the opening of a massive office complex in New Mexico on Tuesday.

Jill Hruby, the head of the National Nuclear Security Administration, joined other officials and members of the state’s congressional delegation for a ribbon-cutting ceremony.

Years in the making, the new complex on the edge of Albuquerque will replace a collection of two dozen military barracks and other buildings, some of which date back to the government’s top secret Manhattan Project during World War II. Officials said some of the old buildings were compromised by asbestos and lead paint and were well past their lifespans.

The new building boasts enough space to cover more than five football fields and will end up saving the agency an estimated $40 million in deferred maintenance, officials said. It includes a data center for rows of servers, conference rooms and secure spaces.

Construction was supposed to wrap up last year, but officials said pandemic-related labor and material shortages resulted in delays.

The construction project was among those started in recent years as the National Nuclear Security Administration works to replace old infrastructure and ramp up the production of plutonium cores at sites in New Mexico and South Carolina. While the Biden administration has called for boosting the agency’s budget for the next fiscal year, nuclear watchdog groups have raised concerns about a lack of transparency when it comes to spending.

Most of the administration’s $21.4 billion budget request would go toward the maintenance and refurbishment of nuclear weapons and to scientific, engineering and manufacturing capabilities to enable production and certification of the nation’s nuclear weapons stockpile.

In budget documents, the U.S. Energy Department, which oversees the nuclear security agency, stated that a key priority is rebuilding the capability and capacity to produce warhead components.

One of the sites where the plutonium cores will be manufactured is Los Alamos National Laboratory, the birthplace of the atomic bomb. Hruby did not visit the northern New Mexico installation during her latest trip to the state. 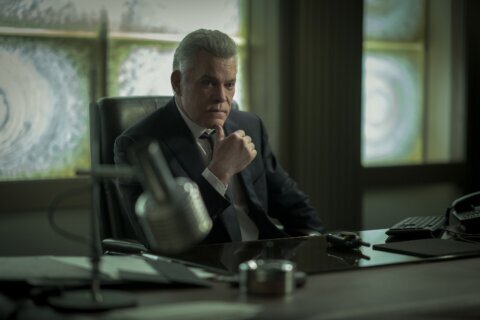