The messages, one of which said Texas Rep. Ronny Jackson must be protected because he has "critical data," were part of a batch of newly released messages from members of the alleged Jan. 6, 2021 conspirators.
Listen now to WTOP News WTOP.com | Alexa | Google Home | WTOP App | 103.5 FM

Members of the far-right Oath Keepers group allegedly exchanged messages about the safety of Republican Texas Rep. Ronny Jackson — who was also Donald Trump’s former White House doctor — during the chaos of the U.S. Capitol riot. 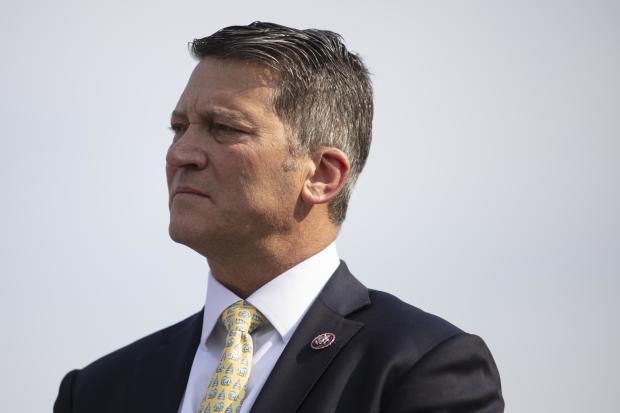 The messages, one of which said Jackson must be protected because he has “critical data,” were part of a batch of newly released messages from members of the alleged Jan. 6, 2021 conspirators, according to a new court filing from one of the defendants.

Accused Oath Keeper Edward Vallejo of Arizona is seeking release from pretrial detention and submitted a lengthy court filing ahead of an Apr. 29 court hearing on his request.  The 337-page filing includes dozens of pages of messages allegedly exchanged by members of the Oath Keepers in the days prior to Jan. 6, 2021 and during the peak of the violence that day.

The message exchanges include a series of comments, instructions, and replies from Oath Keepers founder Stewart Rhodes who, along with Vallejo, is part of a group of members of the far-right organization charged with seditious conspiracy and facing trial later this year.

According to some of the messages included in Vallejo’s court filing, one member of the group expresses concern about Jackson’s safety during the Capitol siege. Rhodes responded, “Give him my cell.”

According to another message included in the court filing, a member of the group wrote, “Dr. Ronnie Jackson – on the move. Needs protection. If anyone inside cover him. He has critical data to protect.”

The references to Jackson are just a portion of hundreds of messages sent between Oath Keepers members, according to the court filing.

In another, dated Jan. 2, 2021, a suspected member of the Oath Keepers writes that the group is in Washington to provide a personal security detail for longtime Trump ally Roger Stone. They also allegedly discussed providing “back up” security for former Trump national security adviser Lt. Gen. Michael Flynn (ret.) in text messages dated Dec. 31, 2020, around the time that Flynn was said to have been pushing the former president to declare martial law and seize voting machines.

In a series of messages, including on the morning of Jan. 6, members of the group talked about preparations of a “QRF,”  a so-called quick reaction force staging arms and other supplies outside the Washington, D.C., city limits. In one message included in the court filing, Rhodes allegedly wrote, “We will have several well equipped QRFs outside DC. And there are many, many others, from other groups, who will be watching and waiting on the outside in case of worst case scenarios.”

In an early morning message on Jan. 6, one member of the group wrote,  “Game day.”

Vallejo’s defense team argued in the court documents that he “did not view himself as part of any ‘Quick Reaction Force'” until after he had arrived in Washington. He is also not accused of entering the Capitol building.

In other messages, members of the group discuss the District of Columbia’s weapons prohibitions, deliberating about the permissible length of blades, the use of cattle prods, chemical spray and flagpoles as weapons.

The messages included in Vallejo’s court filing also indicate group members were relaying information about police movements during the attack and continued to monitor the activity of members of Congress in the 7 p.m. hour on Jan. 6, after a curfew had been enacted.  One message allegedly from Rhodes read, “Look, I WAS THERE. I WAS RIGHT OUTSIDE. Patriots stormed in. Not Antifa. And I don’t blame them. They were justifiably pissed off.” Rhodes is not accused of actually entering the Capitol building during the attack.

In other messages included in Vallejo’s motion, group members question the authenticity of Trump’s social media video urging the mob to “go home.”

“Gentleman, Our Commander in Chief has just ordered us to go home,” Vallejo messaged on the afternoon of Jan. 6, according to the documents. “POTUS said we are so sweet. Please go home. Weirdest damn pre recorded message I’ve ever heard,” another member of the group appeared to respond.

A participant believed to be accused Oath Keepers conspirator Kelly Meggs wrote in another exchange that he tried to reach accused Proud Boys leader Enrique Tarrio ahead of the Capitol attack, after learning of Tarrio’s possible arrest in an unrelated case. Meggs is listed as “GATOR” in the message logs, a nickname which is also referenced in the federal charging documents against him.

Meggs, Vallejo, and Rhodes have all pleaded not guilty to multiple federal counts stemming from their alleged involvement in the riot and intend to fight the charges at trial later this year. Tarrio was arrested last month and charged with conspiracy but is not accused of actually entering the building. He, too, has pleaded not guilty.

In other messages included in the court filing, Rhodes messaged that the mob was “taking it into their own hands” after Trump showed no “intent” to act and compared Jan. 6, 2021 to the “Boston Massacre” in the hours after the peak of the violence.

Jackson did not answer questions from CBS News about any communications with accused members of the Oath Keepers.  Instead, his spokesperson issued a written statement to CBS News, saying, “Like many public figures, Rep. Jackson is frequently talked about by people he does not know. He does not know nor has he ever spoken to the people in question. In fact, he stayed behind with Capitol Police to help defend the House Floor and was one of the last Members to be evacuated.”

A federal judge in Washington will consider Vallejo’s attempt to be released from detention during oral arguments sent for next week. 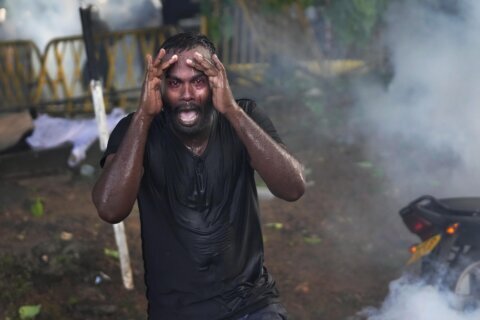