From grime to crumbling masonry, US parks get a makeover

Under legislation passed by Congress in 2020, some of America's most spectacular natural settings and historical icons, from the monuments of the East Coast to the Grand Canyon and Yosemite in the West, are getting a makeover.
Listen now to WTOP News WTOP.com | Alexa | Google Home | WTOP App | 103.5 FM
(1/17) 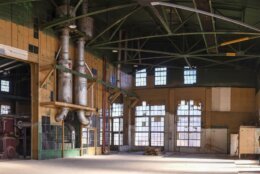 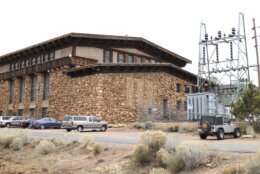 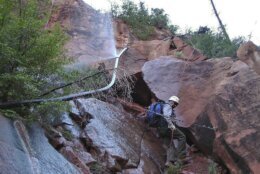 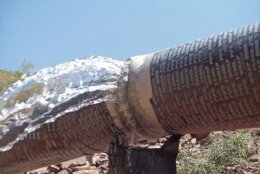 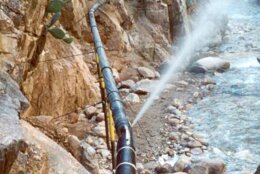 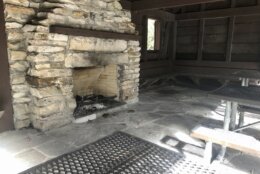 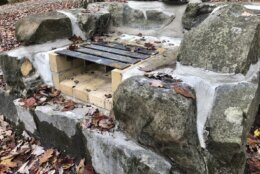 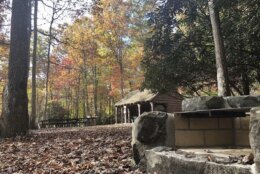 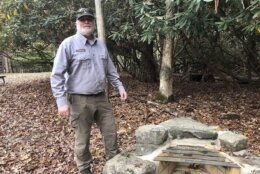 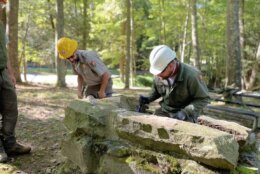 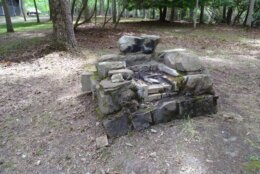 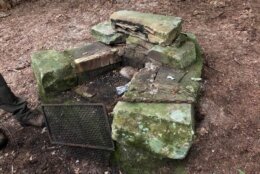 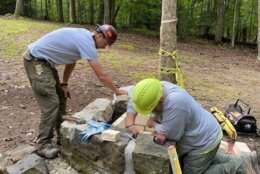 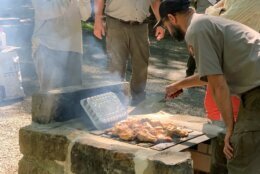 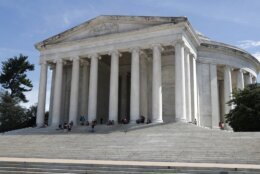 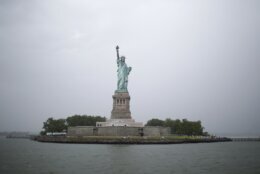 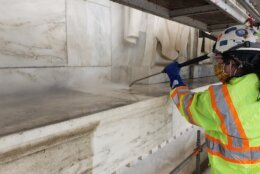 Near the Tidal Basin in Washington, crews have cleaned grime off the white marble exterior of the Jefferson Memorial and fixed cracked stone to prevent falling debris. At the Statue of Liberty, plans are in the works to waterproof the exterior of the massive stone fort built in 1807 that serves as the monument’s base.

And at New River Gorge in West Virginia, one of the newest national parks, historical masonry grills have been restored near the Grandview Visitor Center, which features a breathtaking overlook of the valley and waterway 1,400 feet (430 meters) below.

Under legislation passed by Congress in 2020, some of America’s most spectacular natural settings and historical icons, from the monuments of the East Coast to the Grand Canyon and Yosemite in the West, are getting a makeover.

The Great American Outdoor Act dedicates up to $1.6 billion a year for the next five years to extensive maintenance and repairs that have been put off time and time again. The funding will go toward critical projects in national parks, forests, wildlife refuges and recreation areas, according to the Department of the Interior. It also includes funding for tribal schools.

Some of the first projects being funded are smaller ones that will preserve historical structures like the grills at New River Gorge and the marble walls of the Jefferson Memorial. But dozens of other projects are coming, some more urgent than others.

In Puerto Rico, plans call for stabilizing a cliffside eroded by wind, rain and waves at San Juan National Historic Site to stop rocks from falling on a popular recreation trail below.

Another project will repair the failing left abutment of a 146-year-old masonry dam on the Potomac River at the Chesapeake and Ohio Canal National Historical Park “to prevent possible loss of life” from a sudden release of water.

At the Grand Canyon, a massive Swiss chalet-style building with oversized balconies, windows and eaves is in line for an upgrade that will bring the now-vacant structure up to code and stabilize it while the park determines how best to use it.

Some of the projects planned for the next year will fix problems with infrastructure that park visitors might not immediately notice: repaving roads, repairing leaky lodge roofs and replacing outdated utilities that pose safety risks.

One such project will replace dilapidated high-voltage transmission lines and towers at Yosemite National Park. The lines constructed in the mid-1930s provide power to the entire Yosemite Valley.

Several campgrounds will see improvements, including one in the Rocky Mountains that will get new utility lines to provide consistent clean water and power as well more electric hookups and parking.

“The Great American Outdoors Act overall, with the amount of funding available, offers us really a once in a generation opportunity to take care of some of the large projects, the large needs, of the national park service,” while also addressing several critical smaller projects, said Mike Caldwell, National Park Service acting associate director of park planning, facilities and lands.

New River Gorge, where one of the first maintenance projects was completed in October, attracted about 70,000 visitors annually before being designated a national park last year. Attendance has increased with the new status, especially at Grandview, a popular place for hiking, picnics and taking in the dramatic landscape, spokeswoman Eve West said.

“It’s one of the prettiest areas in the park. It’s 1,400 feet from the very top down to the river so you get some phenomenal views of the park looking out from the main overlook,” West said.

Masonry hearths built in the 1930s in Grandview’s picnic area had deteriorated in the elements, and the grills sat mostly unused until September when crews arrived to make repairs.

Crews replaced the brick and mortar and installed new grates, said Moira Gasior, historic preservation steward at New River Gorge. Gasior worked to help obtain $280,000 in funding for the project, which included repairs to a large fireplace in a picnic shelter built by the Civilian Conservation Corp before World War II.

At the Jefferson Memorial, the $3.8 million project to clean and restore the structure below its dome wrapped up in late October after several months of work to clean grime that had spread over the white marble, making it darker — even black in places — said Mike Litterst, spokesman for the National Mall.

“The Jefferson Memorial certainly had had a deteriorating appearance over last several years due to the biofilm, and the cleaning has restored it to the bright white that people expect and, to be perfectly honest, Thomas Jefferson deserves,” Litterst said.

In the coming years, several other high priority projects are slated for funding, including a new water line at the Grand Canyon that serves more than 6 million visitors and year-round residents.

Grand Canyon spokeswoman Joelle Baird said the park expects funding in fiscal year 2023 for the pipeline that has broken more than 85 times in the past 10 years, leading to costly repairs that require supplies and workers to be flown in by helicopter.

The cost to replace the line, which is decades beyond its life expectancy, easily tops $100 million, Baird said.

“It’s going to be a very large undertaking but ultimately is going to have huge benefits to the infrastructure and water delivery to the entire park,” she said.