LAS VEGAS (AP) — A Las Vegas business executive whose claim of voter fraud was featured by state Republicans in November 2020 as proof of tainted votes has agreed to plead guilty to a reduced charge of voting more than once in the same election.

Donald “Kirk” Hartle is expected to pay a $2,000 fine and receive the equivalent of one year of probation when he’s sentenced, according to a plea agreement filed Monday ahead of his scheduled plea on Tuesday in state court in Las Vegas.

Hartle, 55, had faced two felony charges in a criminal complaint alleging that he used his dead wife’s ballot. Hartle’s wife, Rosemarie Hartle, died in 2017 at age 52.

The state Republican Party featured Hartle’s account as an example of widespread voter fraud in Nevada, where now-President Joe Biden, a Democrat, defeated then-President Donald Trump by 33,596 of 1.4 million votes cast, or about 2.4%.

Records showed a ballot for Rosemarie Hartle was submitted with a signature that matched Clark County voter records.

State and federal courts in Nevada and other states rejected dozens of election challenges by Republicans and Trump’s presidential campaign, including claims of widespread voter fraud.

Ford, a Democrat, has called voter fraud rare and vowed that his office would not tolerate it.

In an earlier Nevada case, a 53-year-old man was sentenced last July to up to two years of probation for his guilty plea to one felony charge of voting twice — in Benton, Arkansas and in Las Vegas — during the 2016 presidential election.

At least five other people have been convicted in Nevada since 2011 of registration fraud during voter recruitment, and one woman pleaded guilty to trying to vote twice in 2012.

When Hartle was charged, he became the only person currently being prosecuted on voter fraud allegations in Nevada.

Nevada Secretary of State Barbara Cegavske, a Republican, said in April that reviews of election fraud claims delivered to her office by the state GOP in March found that some cases were already under investigation but that most were baseless or inaccurately interpreted.

Hartle is an executive at Ahern Rentals, a company that hosted a re-election campaign event in September 2020 for then-President Donald Trump.

Company owner Donald Ahern also owns a Las Vegas hotel at which a national group espousing fringe QAnon conspiracy theories met in October for an event with speakers featured on Fox TV, News Max, The Victory Channel, One America Network and other sites favored by Trump. 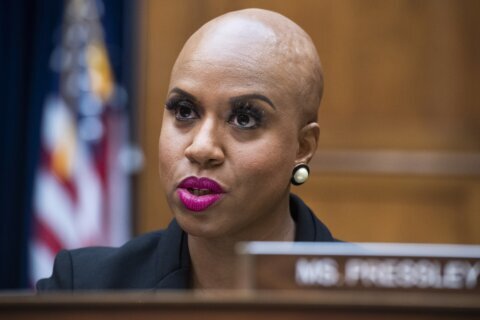 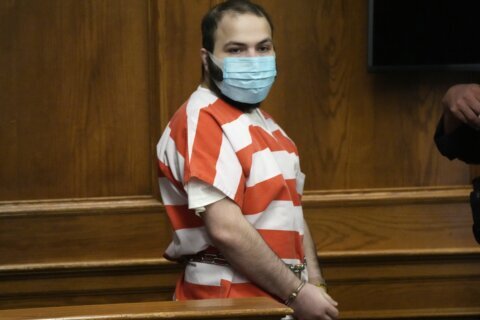